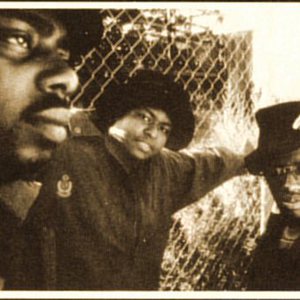 JVC Force (a.k.a. J.V.C. F.O.R.C.E.) are a hip hop group from Long Island, NY consisting of MCs AJ Rok, B-Luv, and DJ Curt Cazal. Their name stands for "Justified By Virtue of Creativity For All Reasons Concerning Entertainment". This acronym was concocted in order to reduce the risk of legal action from the electronics firm JVC. They released a few 12 inch singles between 1987-88 and released their debut album Doin' Damage in 1988 on B-Boy Records. Their sophomore effort Force Field followed in 1990 on Idlers Records featuring executive production by Tony D.

There is an alleged unreleased third album mentioned by AJ Rok (b. AJ Woodson) on a few websites in recent years and he has said he plans on eventually releasing it.