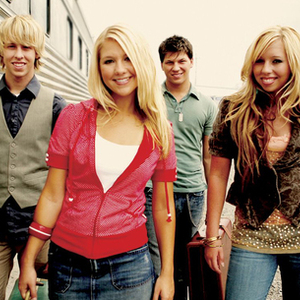 Jump5 was a popular U.S. Christian Dance-pop group who got their start in 1999 in Nashville, TN and later signed onto Sparrow Records in 2001. They established themselves via Radio Disney, having a string of #1 Radio Disney hits before Raven and Hilary Duff started ruling the charts. In 2005, Jump5 temporarily recorded independently through self-established Nevaeh Records, and then signed with Slanted Records in 2007. Over their career, Jump5 sold over 1.4 million records.

The original lineup consisted of Chris Fedun, Brandon Hargest, Brittany Hargest, Libby Hodges, and Lesley Moore. In early 2004, Libby Hodges left to go back to a "normal life" and trial member Natasha Noack filled in for Libby during the 2004 Radio Disney Spring Thing Tour. Contrary to the group's name, there were only 4 members in the band from summer 2004 until they disbanded in 2007:
Chris Fedun (born January 14, 1986)
Brandon Hargest (born March 17, 1987)
Brittany Hargest (born August 2, 1988)
Lesley Moore (born October 15, 1986)