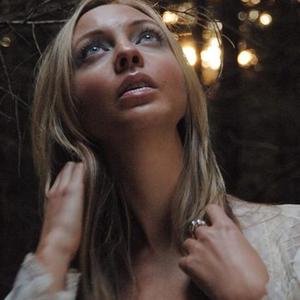 Joy is a London born and bred singer/songwriter. With musical influences from such great singer-songwriters as Kate Bush, Tori Amos, Jewel, Joni Mitchell and Sarah McLachlan, but always with her own unique musical imprint, it is not surprising that with her piano/guitar led 'chic pop' (Alex Jones-Donelly, Radio 1's Head of Music) and musical talent she has been described as 'Kate Bush for 'the Noughties'.

Joy has performed her songs live on Sky Music television, on UK radio and at an array of venues from three gigs on Hollywood's Sunset Boulevard, to Burgess Park Music Festival and to gigging extensively on the London circuit - including headlining at the Dublin Castle and Caf? de Paris.

She has previously worked with such highly regarded producers as Linslee (The Lighthouse Family), Simon Smith, Turtle K & Simon Kemper (Ministry of Sound Recordings). After a false start with an Independent label where the focus was too 'RnB' for her natural style, Joy chose to go her own way and 2007 sees her self-release her highly anticipated debut album.

Joy's highly anticipated forthcoming debut album 'Saint For A Sinner' was recorded and produced during 2006 by Rupert Cobb (Kasabian, Snow Patrol, Damien Rice, Ray LaMontagne) and is the result of years of honing her craft. 'Saint For A Sinner' is released on 19th April 2007 & is available to buy at www.joywalshe.com from 2nd April 2007.

'Saint for a Sinner' is a collection of heartfelt, honest, real-life experiences, observations and stories that will both move and inspire you. On 'Saint For A Sinner' Joy has truly found her sound; one that portrays the intimacy and honesty of her songwriting, while her voice transcends the layers of live musicianship beneath. To create this sound Joy enlisted the help of hugely talented multi-instrumentalist producer Rupert Cobb. Thanks to Rupert's expert touch and a bevy of outstanding musicians such as Tristan Banks (Turin Brakes, Brand New Heavies), Roger Carey, Andy Williams and Peter Van Hooke (Van Morrison, Dr.John) the album is testament to the talent behind it.

The album also embraces a new style of guitar-driven songwriting for Joy, with her band's guitarist Matt Marks having co-written four of the album tracks with her. The result is a beautiful collection of uplifting Summer inspired feel good songs, namely 'Home', 'With This Love', 'A Thousand Miles' and album entitled track 'Saint For A Sinner'. The songs lend a fitting contrast to Joy's piano ballads, resulting in a very exciting and impressive conceptual debut album.

Joy can be seen playing songs from the album live on the London gig circuit with her 5 piece band and would love your support. Joy's album launch gig is at Bush Hall on Thursday 19th April with Mia Silvas performing as the special guest so book your tickets now!

Saint for a Sinner