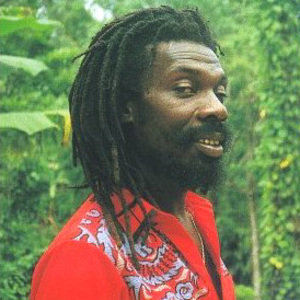 Joseph Hill (January 22, 1949 ? August 19, 2006) was the lead singer and songwriter for the roots reggae group Culture whose other members were Kenneth Dayes and Hill's cousin Albert Walker, most famous for their 1977 hit "Two Sevens Clash", but also well known for their "International Herb" single. Hill recorded twenty-two albums. Joseph Hill was a devoted worshipper of His Majesty Haile Selassie I of Ethiopia as a member of the Rastafari movement. Indeed, Hill's honorific/nickname, "Keeper of Zion Gate" reflects his vaunted position as one of reggae's and Rastafari's greatest voices.

Joseph Hill was a devoted worshipper of His Majesty Haile Selassie I of Ethiopia as a member of the Rastafari movement. Indeed, Hill's honorific/nickname, "Keeper of Zion Gate" reflects his vaunted position as one of reggae's and Rastafari's greatest voices.

Hill died while the group was in the middle of a European tour after being taken ill suddenly and he died the next morning. Hill's son Kenyatta has been performing concerts with Culture, standing in on lead vocals as a tribute to his father. Kenyatta toured extensively with his father for the last 11 years and has stated, "Since he is no longer around to do the work himself, I feel it is my duty to carry on the work. I know that he was preparing me for this."

Hill had received a number of honours; an induction into the Jamaican Reggae Walk of Fame and a 2005 Independence Award presented by the Prime Minister of Jamaica. In 2006 the group continued to draw good reviews, especially for their performance at 'Bob Marley 61st Birthday Celebration' in Ghana.

During the seventies the group had a string of highly successful singles for producers Joe Gibbs and Sonia Pottinger including the song 'Two Sevens Clash' which made its mark on both Jamaica and the United Kingdom. It was named by Rolling Stone magazine in 2002 as one of the '50 Coolest Records' - the only single artist reggae album to make the list. The group also had a hit with 'Stop Fussing and Fighting', a song that addressed the chaotic political climate of the late 1970s and the attempt on Bob Marley's life.

Joseph Hill and Culture developed a reputation as a performing group after a performance at the 'One Love Peace Concert' in 1978, and was soon regularly touring the United States, Europe and Africa. In recent years the group continued to perform at least one hundred concerts each year - with Hill's wife Pauline performing road manager duties. Hill was a presence on stage - part deejay as he directed his band to reconfigure songs on stage and part teacher as he commented on Jamaican history and current political issues. In his lyrics, Hill often explored how the legacy of slavery continued to have an influence on Jamaican citizens. Yet, what made Culture unique was that Hill always tempered his messages by having a smile on his lips and a dance in his feet. He was never without a good joke at hand.

Growing up in the parish of St. Catherine Jamaica, Joseph Hill often described how he built a homemade drum as a child. He first became involved in the Jamaican music scene as a sound system deejay. By the late 1960s he was performing as a percussionist for the Soul Defenders group who were based out of Linstead. It was with this group (which included such figures as Nana McLean and Vincent Morgan) that Hill made his first recording at Coxsone Dodd's legendary Studio One - both as a musician and lead singer. Notably, the group backed such Studio One stars as Burning Spear and Dennis Brown.

In the early 70s Hill performed with two groups that included future reggae star Glen Washington - C35 Incorporated and Stepping Stone. In 1976, Hill formed the harmony trio Culture with his cousin Albert Walker and Kenneth Dayes. The group combined sharp social commentary and catchy rhythms. Hill has often noted that the group earned their name Culture. They had a string of albums - most recently the album World Peace for Heartbeat Records in 2003. Significantly, Hill was not content to let Culture be a mere oldies act. In his last years he had recorded duets with Buju Banton and Anthony B, and demonstrated a wish to be faithful to his roots and a contemporary artist.

At his funeral in September of 2006, Hill was eulogized by, amongst others, Jamaican Prime Minister Portia Simpson Miller who recognized his contributions to Jamaican Culture and ambassadorship to the world.