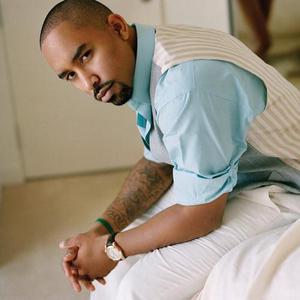 Johnt? Maurice Austin (born June 28, 1980 in Atlanta, Georgia) is a Grammy award winning American singer-songwriter and producer who is currently signed to Jermaine Dupri's So So Def Recordings. After writing hit singles for Mariah Carey, Mary J. Blige, Bow Wow and Janet Jackson he started working on his debut studio album Love, Sex & Religion which will be released sometime in 2011. Austin has won two Grammy Awards, for his work on Mariah Carey's We Belong Together and Mary J. Blige's Be Without You.

He co-wrote Mariah Carey's hit 2005 singles, We Belong Together, Don't Forget About Us, It's Like That, and Shake It Off from her album The Emancipation of Mimi. Johnta Austin also co wrote Mary J Blige's new single "Be Without You" from her #1 selling CD "The Breakthrough". He is also featured as a guest artist on Jermaine Dupri's 2005 single, "Gotta Getcha". Austin has been extremely busy and extremely successful in the last several years. His career began when he was a mere eight years old, hosting the daily television show, ?Kid's Beat? on CNN. Covering current events, sports and the entertainment world, the young Austin went on to become the Atlanta Bureau Chief for the CNN weekly news program, ?Real News for Kids? and the reporter for the TBS half hour weekly, ?Feed Your Mind.

He was originally signed to RCA Records in 1995 before being dropped in favor of R&B singer Tyrese Gibson. However, he ended up writing a few songs for him (including the hit "Sweet Lady") as well as a few other artists instead.

In 2005, he returned to his singing career with his first single "Lil More Love". The single failed to hit although a couple more songs he wrote for other artists became successful.

"Ocean Drive", his debut album is set for release in 2006 with the next single yet to be picked. Three album tracks have since been leaked online, a Jermaine Dupri-featured track "Turn It Up", a Jazze Pha-produced track "Make Her The One", and another self-penned track "Dope Fiend".