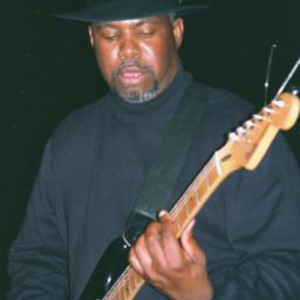 There appears to be two musical artists with the same name. Bio's to both are below with links provided at the end of each bio. I. Imagine sitting by a cozy fireplace with that certain someone special, two glasses of the finest champagne and the most wonderful mood-setting music in the background. The voice and songs that are heard ignite a warmth in your heart that is indescribable and unforgettable.

I. Imagine sitting by a cozy fireplace with that certain someone special, two glasses of the finest champagne and the most wonderful mood-setting music in the background. The voice and songs that are heard ignite a warmth in your heart that is indescribable and unforgettable.

Today we are blessed with "Ejshani Music", a modern sound that taps into influences ranging from Marvin Gaye to Quincy Jones to Babyface. With its soulful melodies and polished lyrics, it is a combination of smooth vocals and a groove that just won't stop.

The singer/songwriter/producer responsible for this music is not only tall, dark and handsome but through his "songs that ignite the soul" he can be totally hypnotizing . . . By now you should be wondering who this talented man is . . .

Johnnie Marshall fell in love with music as a young child tinkering with his parent's instrument collection. His parents, both music teachers, nurtured his love for music and encouraged his singing and trumpet playing. As Johnnie's talents developed, so did a new love, the love of writing. He has always appreciated great music and feels honored to have the opportunity to contribute to the great music landscape. Since listening to great songs has always uplifted and inspired him, Johnnie feels blessed to have been given the gift of song. He credits his understanding of the craft of songwriting to those who have come before him, like Stevie Wonder and Earth Wind & Fire.

Johnnie realized early in his career the importance of understanding his musical heritage and history. He learned that in order to write great songs it was crucial that he study great songs. His studying has paid off with a sound and style that is uniquely Johnnie.

Johnnie's '08 CD entitled ?I Dun Stuck Gold? is receiving rave reviews both in the states and abroad. He has a deep understanding of the marriage of lyric and melody. He incorporates his knowledge of this relationship in his musical arrangements filled with harmony, contrast and a Smooth Groove. Each song takes you on an emotional journey through the spirit and mind of this singer/songwriter/producer. With just a few notes from the track, "Instrumental", the mesmerizing groove, melody and lyric, demonstrate strength, depth and a heartfelt love for the craft of songwriting.

Originally from New York, the man nicknamed "J" now lives in California's Bay Area. While pursuing his music career, Johnnie has utilized his Computer Science degree as a Businessman for a Fortune 100 computer company in the Silicon Valley. Johnnie is also an active member of the West Coast Songwriters Association. You can bet you'll hear a whole lot more from this dynamic music maker . . .

Be sure to check Johnnie out @ johnniemarshall.com

II Every time I see Johnnie Marshall, he just keeps getting better and better. This time I thought I'd catch him on his trip through town at a new place that is quickly building a reputation as a great new blues club. With the buzz about The Narrows going around, the choice to catch Johnnie there was an easy one to make.
Marshall, born and raised in Wigham, Georgia, has a touch of that early Robert Cray styling in his songwriting, guitar work and his vocals. One song after another, it's very captivating to watch him all night long swing from style to style. Johnnie really knows how to work a crowd. He's very careful not to blast everyone out of the room right from the start, unlike a lot of other bands out there right now. Johnnie's band was great. Forgive me for not getting their names, but I do remember that his bass player was from Poland, now living in New York, I believe. They ran through a few standards that got everyone going; "Five Long Years," "Hoochie Coochie Man," "Stormy Monday" and Sonny Boy's "Don't Start Me Talkin'."

Mixing in a lot of material from his two CD's on JSP, he wove in each original song very cleanly through all of the standards and classics. It was a seamless blend of traditional blues aesthetics and poetic motifs with a modern flair for clean arrangements, polished vocals, and uncluttered guitar attacks. Johnnie's latest release on JSP; "With All My Might", is chocked full of great tunes and it was a shear pleasure to hear them all live.

The straight-ahead blues of "That's When The Blues Puts It's Hook In You" and "Found Another Woman." The hard-edged slow blues packed with burning guitar work in "Tired Of The Way You Treat Me", was very moving. "South Georgia Boogie" was another guitar workout that rocked from beginning to end. One of Marshall's strongest suits is contemporary soul/blues, as was evident in "Heart Of Gold", "Please Open The Door" and "Lookin' out My Window." Topped off with a couple of Marshall's own; "The Blues" and "Work Hard For My Money," and the night was complete. It was a great show all in all. Don't miss Johnnie next time he comes through town.

The Narrows is a fun place to go. They have been booking a lot of great blues acts, mostly local, but they are starting to bring in some nationals from time to time and seem to be committed to more in the future. There is still a little finishing work to be done in the place, but it's shaping up quite nice. The only complaint I've heard over and over (from bands and customers) is that it's too bright in the place. It looks great, with lots of neon, but it does distract a little from that dark, smoke filled blues juke joint atmosphere and mood that everyone is used to. The Narrows is a great venue and it will catch on real quick.
Johnnie Marshall Live Review