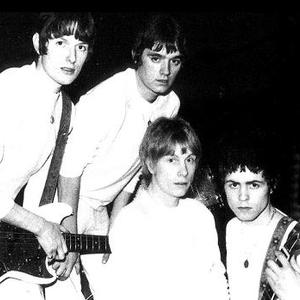 John's Children, formerly "The Silence", were a Leatherhead, England-based 1960s proto-punk band featuring future T. Rex frontman Marc Bolan, whose 1967 single "Desdemona" was banned by the BBC for the 'controversial' lyric, "Lift up your skirt and fly". Bolan was with the band for about four months. His main roles were to be the band's composer and play electric guitar (until then, he only played acoustic guitar). His singing voice is sometimes lead in "unofficial" recordings only (demos, BBC radio sessions).

Their manager was Simon Napier-Bell, who devised white stage outfits and an outrageous stage act which included fighting each other and Bolan whipping the stage with a chain.