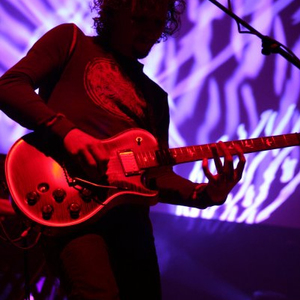 John Wesley is a musician producing guitar-driven acoustic and electric songs in styles including alternative, progressive, classic rock, and folk. Most recently, Wesley has performed as sideman, guitarist/vocalist for critically acclaimed Atlantic/Roadrunner Records U.K.-based recording act Porcupine Tree, during the In Absentia, Deadwing, Fear of a Blank Planet, and The Incident world tours. Wesley's versatility shows from his diverse touring background.

In recent years he has performed lead guitars and background vocals for White Lion front man Mike Tramp, subbed on lead guitar and bass for Gainsville's Sister Hazel, and as lead guitarist for Scottish neo-prog band Fish on many lengthy European, American and South American Tours and on several U.S. and European Solo dates.

In 2005, Wesley produced and recorded his fifth studio release, Shiver, co-produced by Mark Prator, and mixed by Steven Wilson of Porcupine Tree.

He has an official fan website at http://www.john-wesley.com where fans can read lyrics, view photos and preview album clips.

On the 24th August 2007, John Wesley announced that he was making the majority of his solo material available for free download on his website http://www.john-wesley.com, in what he called his "Share the Wes" policy. He will still be offering certain CDs and new releases for purchase at gigs and online.

a way you'll never be

Live At The L'olympia (Live)