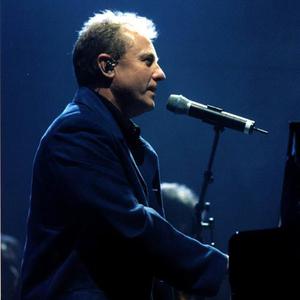 He was a member of groups "The Influence", which also included Paul Thompson, later drummer with Roxy Music and Vic Malcolm, later vocalist with Geordie and "The John Miles Set," before starting his solo career in 1971. During the 1970s he issued 18 singles and four albums, including "Rebel" (1976), "Stranger In The City" (1977), and "Zaragon" (1978). He had most success with singles; in addition to Music, he also charted with "Highfly" (1975), "Remember Yesterday" (1976), and "Slow Down" (1977). Most of his songs were co-written with his bassist Bob Marshall.

Miles has toured with Tina Turner, often filling in for Bryan Adams when the latter was unavailable to join her on tour for their duet. Miles is also a frequent guest vocalist on albums by The Alan Parsons Project.

In the 1980s he continued to record and tour. In 1983 a new radio station in the south of England, Radio Mercury, used parts from the song "Music" for their link jingles. The actual song itself also received extensive airplay on the station, leading one to speculate this was perhaps part of a deal for the usage in their jingles.

Throughout the late 80s and into the 90s John Miles was musical director to Tina Turner on her various tours, and played on several of her albums. He also played Hammond organ on Joe Cocker's album "Night Calls"(1992). Today he is still making music, which he famously refers to as his "first love".

Best Of John Miles At Night Of The Proms

Stranger In The City