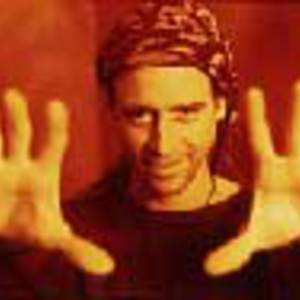 John McDowell is an international award winning pianist, percussionist, producer, commissioned composer and instructor. His touring and recording credits include: Mamma Tongue, the platinum selling band Rusted Root (Welcome To My Party), and Krishna Das (Pilgrim Heart, Live On Earth, Breath of the Heart, and Door of Faith) Ram Das (Meditations on the Gita). He also has performed with Sting and Carlos Santana.

He has produced several albums including: Pilgrim Heart, Live on Earth by Krishna Das, Beloved Chants by Shyamdas, and A Night of Sufi Music by the Jerrahi Dervishes. His latest release, Speaking the Mamma Tongue, on Raven Records has reached #19 on top 100 World-New Age Radio Play October, 2004.

His music draws on classical, jazz, pop, and world music. He has written over 100 pieces ranging from solo flute music to dance scores, a requiem, and works for a world music ensemble and orchestra. His ability in classical, jazz, and world music led him to develop his colorful worldbeat band, Mamma Tongue. As a composer, pianist, and percussionist, he regularly performs with Mamma Tongue at major venues and festivals including the Montreal Jazz Festival, Lincoln Center Out-of-Doors, and the United Nations.

After receiving a B.A. in music from DePaul University in Chicago, and an M.A. in composition from Northwestern University, McDowell lived in Europe and Africa. His research into West African music and culture took him to Senegal and Gambia where he studied with master drummer Karamo Sabally and the Senegalese National Dance Company. These studies inspired him to form Mamma Tongue with American and African musicians. Additional research led McDowell to work with Native American drummers and singers from the Tuscarora and Oglala tribes, another source of spiritual and musical inspiration. In Spring of 2004, he was asked by prince?guru Mishal Goswami to record temple music of the holy city of Nathdwara India. The recording is expected to reach over a million people throughout India.

While living in the Netherlands for five years McDowell received grants from the Ministry of Culture as well as twelve commissions from Dutch dance companies. At this time he developed a compositional style exploring emotional intensity, lyricism, and thematic development inspired by Stravinsky, Bartok, and Debussy. McDowell was chosen to represent the Netherlands at the Gulbankian International Seminar for composers and choreographers in England (1985). In Europe, his dance scores have been featured at the Brussels Dance Festival, the Holland Festival, and the Berlin-Amsterdam Festival.

His varied conducting credits include directing the Sacred Heart Gospel Choir, an all-Afro-American chorus in San Francisco for two years and conducting two large scale works by Canadian environmental composer R. Murray Schafer: RA the Sun God, a nine-hour opera at the Holland Festival and The Greatest Show on Earth, at the Peterborough Festival in Canada.

McDowell also remains committed to teaching and community outreach; cultural diversity and community are at the core of his music and teaching. In 1995 he worked as composer-in-residence at the Green Meadow Waldorf School where he gave rhythm workshops and composed and conducted an orchestral piece specifically written for his students. McDowell leads workshops dealing with human development, multicultural and racial issues as well as music. He created a rhythm method for workshop participants to access internal body rhythms and apply them to daily life. His rhythm system has been presented at many colleges and learning centers including University of Illinois, Wayne State University, University of Maine at Orono, Bates College, the Omega institute, the Open Center in NYC, and the People's Center at the American Museum of Natural History. These workshops were also successful with the mentally handicapped at LINC Motivational Services in Augusta, Maine.
He is a member of a team of researchers studying the effect sound waves and musical frequencies have on the development of hearing-impaired children.

McDowell is currently composing a two-hour vocal work, Cosmographia. This large-scale music-theater work is based on a twelfth century creation story by Bernardus Silvestris.