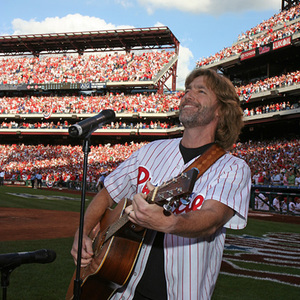 Few people who knew singer-songwriter John Flynn as a boy would have predicted the path his life would take. A self-professed "painfully straight" arrow, as a senior at Ridley High in suburban Philadelphia, Pennsylvania, the former altar boy who once strummed a New Year's Day banjo in the world famous Mummers parade was named president of the National Honor Society and Scholar Athlete of the Year while receiving two congressional nominations to the United States Naval Academy.

John was making plans to play lacrosse for Navy when he found out he would not be able to take his guitar with him to Annapolis. Although music had always been an important part of John's life, he was surprised to realize how much he had come to rely on his beloved Guild twelve-string. The thought of leaving it behind, even for a few months, caused him to begin to admit to himself that he had other dreams.

John abruptly changed course and began writing songs in earnest. He put himself through Temple University playing in bar bands. Though his degree was in political science, he abandoned the idea of studying law when he was offered a staff songwriting position at Combine Music in Nashville, following Billy Swan's Top 40 country recording of John's song "Rainbows and Butterflies".

Swan introduced John to Kris Kristofferson who to this day remains one of John's biggest supporters. Kris has written liner notes for John, sung on two of Flynn's CDs and even recited the lyrics to John's song ?Without You with Me? at Stephen Bruton's funeral.

Today, John's shows draw from a significant body of work, ranging from his early country offerings to story songs, love songs, songs for kids, funny songs, songs of social justice, and meditations on loss, tolerance, faith and hope. The 54 year-old father of four spurned touring when his children were young, but as the kids grew older superlatives began to welcome their dad's arrival to the national folk stage. In 2005, Arlo Guthrie invited John to join musical legends like Willle Nelson and Ramblin' Jack Elliott on the historic "Train to New Orleans" tour following Hurricane Katrina. And Ticket Magazine wrote that ?John Flynn is at the near end of a long line of American poets, thinkers and folk artists stretching from Henry David Thoreau, Ralph Waldo Emerson and Walt Whitman, all the way up to Kris Kristofferson?. Ramblin' Jack Elliott himself has called Flynn the undiscovered ?John Lennon of the plasma generation"!

John resides in the Brandywine area of Northern Delaware with his wife Beth, his kids, and his running partner, Chief, the world's most exuberant Frisbee-catching German shepherd.