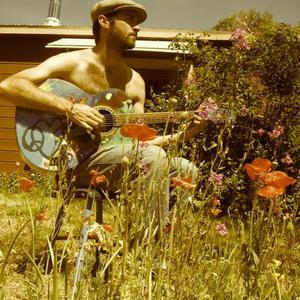 Acoustic, Americana, Dream, Folk, Indie Folk, Who Could Ever Ever Ask For More

For the past four years, John Craigie has taken his unique musical style across the western United States. He stays true to the essence of folk music, and the traditions of the seminal writers of our past century. With timeless melodies and insightful lyrics?interspersed with witty storytelling?his songs take many poetic turns before bringing you back home. His themes range from social commentary to personal empowerment, political satire, and modern love. John Craigie writes, sings, and plays for the people.

The story of John's first album begins with a new folk singer on the scene in santa cruz, CA with seven years of songwriting pent-up in a 23 year old brain and a 6 year old guitar. In an attempt to put these songs down on disc, john found himself in the middle of the woods, outside of santa cruz, in a one-room studio that also served as a recording studio. With the help of the very eccentric owner of the studio, in about three days, john had laid out over 20 songs. Satisfied with the sound john grabbed the rough mixes and began to pass it around to listeners and fellow musicians. Packaged in a home-made sleeve and case, ?I always ?ed you? became John's first album before he got a chance to change anything. It was too late. The response was huge and the demand for the raw sound kept it untouched. Still packaged in the same home-made style, it remains as one of john's most beloved albums. Like most debut albums, it reflects the innocence and the honesty of a musician's first step on his/her path.

No Rain, No Rose

Working On My Farewell

The Apocalypse Is Over

I Always -ed You