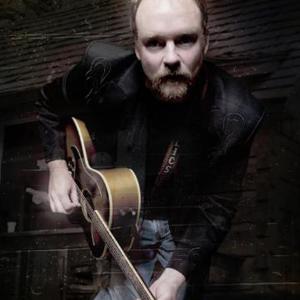 John Carter Cash has been surrounded by music his whole life, writing songs and staying active in the creative process. He is the Grandchild of Maybelle Carter and the only son of Johnnny Cash and June Carter Cash. He preserves the family legacy and is caretaker to the heritage of his musical ancestors. Since 1993, John Carter has worked as a music producer. He produced his mother June Carter Cash's CD, Press On, which won a Grammy in 1999.

Since 1993, John Carter has worked as a music producer. He produced his mother June Carter Cash's CD, Press On, which won a Grammy in 1999. After this he went on to work under Rick Rubin as Associate Producer on his father Johnny Cash's Grammy winning records American III: Solitary Man and American IV: The Man Comes Around, the latter receiving three CMA awards. He is also associate producer on American V: A Hundred Highways and what is to be the final work in the American Recordings series, American VI: Ain't No Grave.

All in all John Carter has been a producer on five ?Grammy? award winning recording projects, one of which was his mother's release Wildwood Flower, which won a Grammy for Best Traditional Folk album in 2003. His 2004 production Unbroken Circle: The Musical Heritage of the Carter Family, received three Grammy nominations. John Carter is Co-Producer on the Marty Stuart CD, Badlands. "The Voice of the Spirit, the Gospel of the South" released in April of 2006 received great critical regard and acclaim.

John Carter Cash owns and operates the Cash Cabin Studio near Nashville,
Tennessee. His production company is Cash Productions, LLC. He often
performs and works in the studio with his wife Laura Cash, who is an
accomplished fiddle player and vocalist.

We Must Believe In Magic