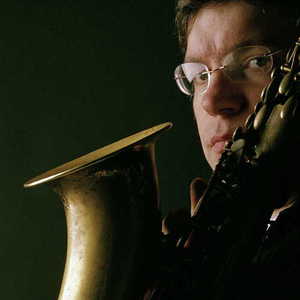 Johannes Enders is a saxophone player in command of everything necessary: a fine band, his own distinguished voice, and a rich international performing experience, covering gigs with artists as diverse as Milt Hinton, Donald Byrd, Jeff Watts, Joe Locke, Roy Hargrove, Jackie Byard, Vincent Herring, George Cables, Sam Rivers, Ronnie Burrage, Lester Bowie and Jamaaladeen Tacuma. He was born in 1967 in a small city near munich and picked up the horn for the first time at the age of 14.

He was born in 1967 in a small city near munich and picked up the horn for the first time at the age of 14. After finishing his preliminary classical studies at at the Munich Conservatory in 1988 he started studying at the Jazz Institute of Graz (Austria) where he met two of his heros, Dave Liebman and Jerry Bergonzi. He won first prizes at the International Jazz Competition in Austria in 1989 and 1991. The following year, bass player Reggie Workman recommended him for a scholarship at New York's "New School" were Johannes soon studied with such greats as Branford Marsalis, Liebman, Jimmy Cobb, Jim Hall, Kenny Werner and Armen Donalien. He won a Silver Award at the American MusicFest in San Francisco (1990) and was finalist at the Monk Competition in Washington D.C. (1991).

German saxophonist Jonas Enders joins forces with Norwegian trumpetist Nils Petter Molvaer for a nice and gentle album, recorded at the St. Michael church in Altenstadt in Bavaria (these churches really become something of a hip thing to do these days), with Uli Wangenheim on bass clarinet, Ralf Schmidt on church organ, Saam Schlamminger on dohol, tomback and electronics, and John Hollenbeck on drums and percussion. Enders manages to create very open music, offering lots of possibilities for the soloists to perform, although the gound layers are rhythmic and the solos, especially Molvaer's, in a typical slow and lamenting form. The overall feel is just on the right side of kitsch, with sufficient room for innovative sound exploration to make this a worthwhile album. Especially Enders is strong, as is Hollenbeck's percussion work. All of the tracks contain composed melodies and structures around which the musicians improvise. Melodies and improvisations rarely go "outside", striving for aesthetic beauty rather than for new forms of expression. And some of the pieces really are beautiful, such as "Kameido" or "Rain At Night". This record may certainly appeal to a broader audience, although is possibly still very relative.