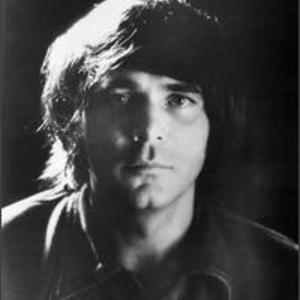 South had several hits in the late 1960s and early 1970s with songs such as "Don't It Make You Wanna Go Home" and "Walk a Mile in My Shoes". His biggest and most remembered single was "Games People Play" (1968), a Top 10 hit on both sides of the Atlantic. It won the Grammy Award for Best Contemporary Song, the Grammy Award for Song of the Year, and which bears a striking resemblance to the children's gospel song, "I Don't Want to Be a Pharisee". It was featured on his first album, Introspect.

He had met and was encouraged by Bill Lowery, an Atlanta music publisher and radio personality. He began his recording career in Atlanta with National Recording Corporation, where he served as staff guitarist along with other NRC artists Ray Stevens and Jerry Reed. South's earliest recordings have been re-released by NRC on CD.

South's compositions have been recorded by many artists. They include Billy Joe Royal's hits "Down in the Boondocks" and "Hush" (later a hit for Deep Purple and Kula Shaker), the Osmonds' hit "Yo-Yo," and Elvis Presley's Las Vegas-era version of "Walk a Mile in My Shoes", also recorded by Bryan Ferry and Coldcut. South's most commercially successful composition is Lynn Anderson's 1971 country/pop monster hit "(I Never Promised You A) Rose Garden", which was a hit in 16 countries worldwide. Lynn Anderson won a Grammy Award for her vocals and South won a Grammy Award for writing the song. South would go on to write more hits for Anderson such as, "How Can I Unlove You" (Billboard #1) and "Fool Me" (Billboard #3).

South was also a prominent sideman, recording the memorable guitar part on Aretha Franklin's "Chain of Fools", Tommy Roe's "Sheila" as well as appearing on Bob Dylan's album Blonde on Blonde. He also played the electric guitar part that was added to Simon & Garfunkel's first hit, "The Sound of Silence".

The suicide of his brother, Tommy, drove South into a deep depression.[citation needed] Tommy had been his backing band's drummer and accompanied South not only in live performances, but also on recording sessions when South produced hits for other artists, including Billy Joe Royal, Sandy Posey, and Friend & Lover.

South was inducted into the Nashville Songwriters Hall of Fame in 1979.

In 1988 Dutch DJ, Jan Donkers, interviewed South for VPRO-radio. The radio show that aired the interview also played four new songs by South, but a new record was not released.

On 13 September 2003 South was inducted into Georgia Music Hall of Fame, and played together with Buddy Buie, J.R. Cobb and Chips Moman at the induction ceremony.

So The Seeds Are Growing

Don't It Make You Want To Go (Vinyl)