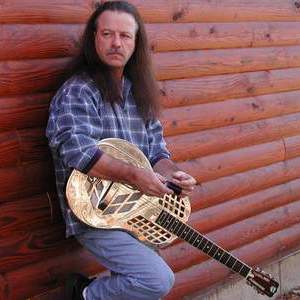 Hailed as one of the most soulful blues rock guitarists today, Joe Pitts is always playing and pulling influences from yesterday. Joe has been compared to guitarists like Duane Allman, Joe Bonamassa and Walter Trout. Although his influences range from Lowell George, Ry Cooder and Jeff Beck to Roy Buchanan, Joe is known worldwide for his slide guitar work, playing beautiful melodic lines that seem to sing.

Studying at Berklee College of Music, set Joe up for the possibilities that are endless on a stringed instrument. Being a faithful follower of Col Bruce Hampton, ARU and the bands of HORDE, Joe's improvisational voice came into his own.

From funk to jazz to blues to rock, and everything inbetween, Joe is a musician's musician. Touted as one of Arkansas' best bands, this international touring artist has played hundreds of shows, touring Europe and the Midwest/Midsouth and Southeastern US constantly. Joe has been nominated for his vocal abilities, being chosen as one of the best vocalist's of the year, 2006 Indie Artist Radio awards. Joe has also appeared at the Crossroads Musical Exhibition, and the International Blues Conference. In 2008, Joe was honored by being inducted into the National Blues Hall of Fame. Joe is endorsed by several major music companies, and has appeared on the cover of the biggest blues rock magazine in France, "Bands of Dixie" in March 2009. The band, features longtime friends and veteran musicians Jimmy Lynn from Odessa, Texas on Bass Guitar and George Mitchell from Little Rock, Arkansas on Drums. The music is a workout in influences. From Rock, Blues and Jazz roots, the music of the JPB shines through. These guys really stretch out live. They are the epitome of what a ''power trio'' really is. It truely is a musical extravaganza nightly, and something you don't want to miss, with every show different. At 40,000 miles per year average on the road, the JPB will be bringing it to you in 2010 and beyond!

Just A Matter Of Time