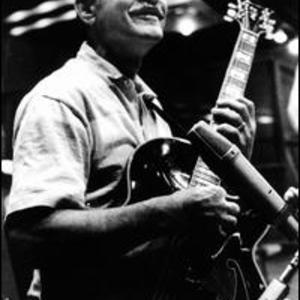 Joe Pass (born Joseph Anthony Passalaqua, January 13, 1929, New Brunswick, New Jersey, USA, died May 23, 1994, Los Angeles, California), was a virtuoso jazz guitarist. One of the greatest solo jazz artists of all time, Joe Pass also ranks as one of the great guitarists not only for his knowledge of the instrument and technical prowess, but also his compositional and improvisational skills. It was Norman Granz, the iconic producer of Jazz at the Philharmonic and the founder of Verve Records...

It was Norman Granz, the iconic producer of Jazz at the Philharmonic and the founder of Verve Records, who, upon hearing Pass in 1970, immediately recognised the "new talent" and signed him to Granz's new Pablo Records label (named for Granz's friend Pablo Picasso).

Pass is known for his brilliant chord melody work where he simultaneously plays walking bass and chord melodies.