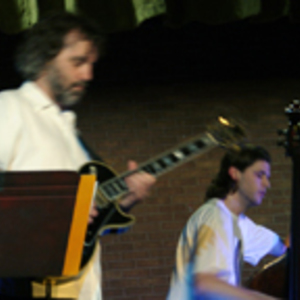 Joe Morris (born September 13, 1955) is an American jazz guitarist. In addition to leading his own groups, he has recorded with Mathew Shipp, William Parker, Whit Dickey, Rob Brown, Joe Maneri, Ken Vandermark and others. He has recorded for a number of labels, including ECM, Hat Hut, Okka Disc, AUM Fidelity and his own record label, Riti. Morris was born in New Haven, Connecticut; an important early mentor and playing partner was the legendary but little-recorded pianist Lowell Davidson. Morris is perhaps the most significant guitarist to play free jazz since Sonny Sharrock.

Morris has stated that his flowing single-note technique was inspired more by traditional African musics, and by saxophone players like Eric Dolphy and Jimmy Lyons, than by other guitarists. He does not use distortion or effects, preferring a "clean" sound, but has made occasional use of a serrated pick to "bow" the strings of his guitar, creating an otherworldly, harmonic-rich sound. He also plays banjo and banjo-uke, and in recent years has increasingly focused on playing bass.
http://en.wikipedia.org/wiki/Joe_Morris_%28guitarist%29

At The Old Office