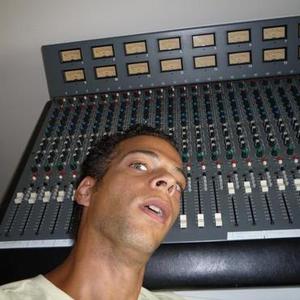 Joshua Gablan first started to become active in the dance music scene in early 1998, when he began DJing locally in Holland as a progressive house DJ. Not being able to find the sounds he wanted to play, he decided to start to make his own music, soon buying himself an Atari, a synthesizer and mixer. The next year Joshua began to work closely with Ramamurtu Gresbek and Troy Leidich, on a project they called Fungus of Light.

The next year Joshua began to work closely with Ramamurtu Gresbek and Troy Leidich, on a project they called Fungus of Light. The Israeli label Krembo Records took an interest in the new sounds they were developing, and together with Bonky they released an album in late 1999, on USTA, Krembo's underground side label.

By this time Joshua felt that he wanted to explore some new sounds on his own, and left the group to study Audio and Sound Technology for a year, all the time building on his studio, and writing new tracks.

He called his solo project Jocid, and started a close relationship with Doof Records, an Israeli label. Doof released some Jocid tracks on various compilations of theirs, and then received such a positive response from them quickly signed Jocid up for a full-length album, which was released at the end of 2002.

In 2003 Jocid started to work on his second album, called From Meatware to Hardware. The first four tracks are the same progressive hard style and for the last five tracks, the style changes to use fatter basslines, darker kicks, and a more full on style.

Looking for a new label to present his newer sounds, Jocid approached Sonic Dragon Records, who heard his music and immediately agreed to release it to the world.

This is the first release from Sonic Dragon Records, a label committed to bringing the newest sounds from the underground to the rest of the world.

From Meatware To Hardware