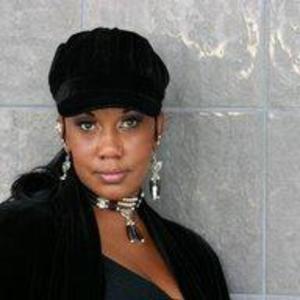 Musically, Joan Clarke is another product of a family background filled with musical talent and when younger she had private piano lessons, however she was largely self-taught. While taking piano lessons she was featured in the public library in 1976 Bi-centennial Celebration as an ingenious musician. Born into the age of Disco, Afros and Bellbottoms, she grew up with hopes and dreams as she journeyed through her life eagerly anticipating the future of becoming a great musician of all times.

She is a beautiful jazzical artist and she has chosen to express her spirituality through the music of jazz. She combined gospel music with elements of R&B and Jazz to give her music a touch of sweetness and a melodiousness inspired sound that's recreated and comparable to that of the late great Phyllis Hyman.

At 13 years old she developed an appreciation for sound she was exposed to a great deal of gospel music. After one year of piano lessons Joan became the musician for all the choirs at church. She received several scholarships for college where she studied music and elementary education. However, she has been a working musician teaching privately and in the classroom, performing as a singer in concert halls, church minister of music, composing, arranging recording and producing both for her own groups and for professional clients. While living in South Florida, Joan performed with a number of gospel and jazz groups. After many years of experience she decided to further her music destiny. This destiny would allow her to extend her musical talent to the degree that God allows her. It was now time for Joan Clarke to focus on her personal choices and let the public know more about the music that she chose to play and sing. In 2005, Clarke, determined to pursue her own musical identity, began to record her first R&B Jazzical Gospel album.

The world has become very ?thirsty? and there seems to be messages, pathways and direction through this confused chaos that we are faced with. Her Music is a sound track that's filled with a quenched, a path for that direction, a soothing sound to hear through this chaos. Her voice has created a sensation within her that she is happy to express music with a message to help people. Her songs, her lyrics and her creation seem to take you on a beautiful journey. The album title ?Thirsty? is about a lady with one last hope! Realizing how difficult life's encounter's can be it's good to know that he is waiting at the well to give you a fulfilling quench. The tracks on this CD give inspiration, motivation, encouragement and patience. Remember to humble yourself in the ?Humblest Manner Possible? and believe nothing can be impossible. She hopes you will enjoy her music as much as she did making it for you.