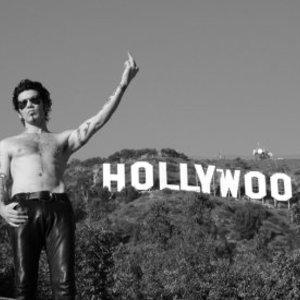 Jizzy Pearl (born Jim Wilkinson) is an Irish-American vocalist born on Saint Patrick's Day of 1958 in chicago, illinois. He first fronted the rock band Data Clan, which became Love/Hate, and has also sung for L.A. Guns, Ratt, Adler's Appetite and other lesser-known acts. In the late 1980s Pearl joined Love/Hate, which achieved notoriety for performances as the house band at the Whiskey A Go-Go in Hollywood. The group subsequently signed to Sony Records. Love/Hate released 5 albums with Pearl.

In the late 1980s Pearl joined Love/Hate, which achieved notoriety for performances as the house band at the Whiskey A Go-Go in Hollywood. The group subsequently signed to Sony Records. Love/Hate released 5 albums with Pearl.

Following the break up of Love/Hate he sang on the L.A. Guns album Shrinking Violet prior to the band reuniting the Original Lineup

Jizzy Pearl has released 2 solo albums, Just A Boy and [album artist=Jizzy Pearl]Vegas Must Die. Vegas Must Die was released on July 19th 2005 on Shrapnel Records. The album contains eleven songs. Jizzy produced the album which was engineered by Michael Lardie of Great White/Night Ranger.

His vocal style has changed considerably over the years, with only the opener, 'Hit and Miss' serving up the patented Jizzy whine. But his voice is a lot richer, and he takes different tones to different tunes, almost playing characters in his own stories.

Besides singing and songwriting Jizzy has also turned his hand to story writing, writing 3 books to date "I Got More Crickets Than Friends", "Angst For The Memories" - and 2006's, "Unhappy Endings", a collection of short stories, all of which are all slightly twisted, bizarre.

On December 4, 2006 Pearl announced that he is no longer a member of Ratt on his website's message board.

In early 2007 Pearl announced he will reunite with Love/Hate for the first time in ten years, on February 24, 2007 at Club Vodka in Hollywood, California to perform their classic record "Black Out in the Red Room" in its entirety.

As of 2010, he continues to preform with Love/Hate along with reuniting with Tracii Guns in L.A. Guns

All You Need Is Soul (Japanese Edition)