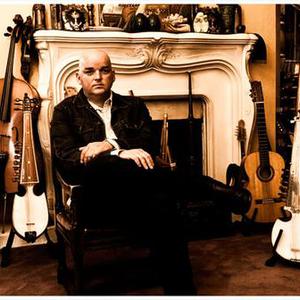 Alternative Rock, I Have Spoken To Him, Indie, Natasha Shneider, Reading And Leeds 2010, Singer-songwriter

Alain Johannes (Born 1962 in Chile) is a guitarist, though has been known to play numerous other instruments including but not limited to bass guitar, mandolin, piano, fiddle and clarinet. He is the founding member of the now defunct bands Anthym (Later named 'What Is This?') and Eleven. He frequently performed and wrote music with his wife Natasha Shneider (Also of Eleven) before her death in 2008.

Johannes has significantly contributed to albums by Chris Cornell, Queens of the Stone Age, Eagles of Death Metal, Desert Sessions and the Mark Lanegan Band as well as mixing, recording and producing a number of other records. He also frequently tours with other bands and artists, most notably the hard rock band Queens of the Stone Age throughout 2005 and 2006 (Natasha Shneider also joined him on this tour).

Most recently Johannes recorded new material with Brody Dalle and Eleven bandmate Jack Irons as part of Spinnerette. They released their first EP 'Ghetto Love' in 2008, though Johannes isn't joining them on tour. Johannes is releasing his first solo record, Spark, on Oct. 5th, 2010. He continues to perform live solo, and tour with Them Crooked Vultures.