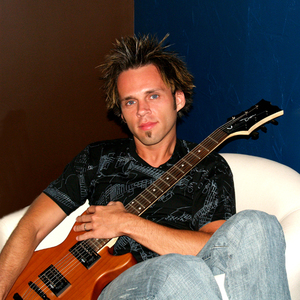 Jimmy Dooley began singing around the age of 5 at his grandfather's church. By the age of 14, Jimmy began preaching. It wasn't until the age of 17 that Jimmy felt called into the music ministry to sing. But strangely, Jimmy became seriously ill. He was hospitalized and his condition continually grew worse until the doctors gave him only a few months to live. They could never officially diagnose him, but with his deteriorating health it was only a matter of time before his body would give in and fail. But Jimmy and his family never gave up hope and through prayers and faith God healed him. Jimmy has been sharing this personal testimony ever since.

Jimmy busted into the Christian music scene when he co-founded a progressive Southern Gospel mixed trio. The group recorded two albums that featured many songs written by Jimmy, including fan favorites ?I'm Excited? and ?I Will?. After a few years, Jimmy felt called to part ways with the group to develop his own music ministry.

In 2002, Jimmy married his longtime fianc? April. April has devotedly supported Jimmy's musical endeavors and is faithfully seen at every performance. They are practically inseparable and since their marriage they have never spent a night away from each other, which is something not many married couples can say.

During the next few years, Jimmy filled in with many Southern Gospel groups and made quite a name for himself as a versatile and talented performer. His solo ministry flourished and he performed at just about every kind of venue, from churches to fairs, civic centers to youth rallies, revivals and everything in between. Jimmy also started his own recording studio called Cross Connection Studio, where he began producing and recording many of today's up-and-coming gospel artists.

Jimmy continued writing songs and has become the songwriter to watch in gospel music. He has written many songs for other artists, including:
?The Grace That I'm Under? ? Ivan Parker
?I'm Having One Of Those Days? ? Ivan Parker
?That Was Then, This Is Now? ? Ivan Parker
?I Told ?Em That I'd Make It? ? The Galloways
?Behold The Lamb? ? Palmetto State Quartet
?Joy for the Journey? ? Greg Bentley
?What Stained The Cross? ? The Beene Family
?I Will? - Day 3

Jimmy released two projects in 2006, one of those being That Was Then, This Is Now. It is a collection of songs Jimmy wrote over the past few years, including some of those recorded by other artists. It includes a total of 11 songs written by Jimmy himself. ?That Would Be Me (Without You)? is a moving ballad that questions where you would be without God in your life. ?Shine The Light? is an uplifting song that beckons every Christian to go out into the world proclaiming the wonder of God. ?Open Arms? is a song of forgiveness and compassion that brings the story of the prodigal son to life. ?He Set Me Free? is the traditional hymn, but Jimmy tackles it successfully as a black spiritual. And finally, Jimmy revisits one of the first songs he ever wrote in ?I Will?, a stirring song that reassures us that Jesus loved us enough to die for us and that he still loves us today.

Jimmy also recently released Things Are Looking Different, an album that can be described as fresh, uplifting, and pleasantly progressive. Every song on the album was written by Jimmy, making it an extremely personal collection. The title cut, ?Things Are Looking Different?, is a celebration of living the Christian life. ?I Survived? is Jimmy's personal testimony of surviving his own illness and overcoming any of life's obstacles and has quickly become a fan favorite. ?Sunday Morning Church? is a tribute to the worship services he experienced in his grandfather's church, the church in which he first began to sing. ?God Noticed You? is a song that reaches out to those who feel unloved and unnoticed, showing them that God loves and notices each and every one of us. ?The Last Time? is a moving closure to the album, where Jimmy pays a special tribute to those who've gone on before us while reminding us to cherish every moment we spend with our loved ones here on Earth.

Since the beginning of Jimmy's music career, he has made ?making a difference' the focal point in his ministry. His goal is to first and foremost see the lost accept Jesus Christ as their personal Savior but also to encourage the discouraged. Jimmy states, ?I really feel like this is becoming a big part of the ministry God is using me in, inspiring me to write songs like ?I Survived? that hit home with just about everybody who has faced a hard time or tragedy in their life whether they are Christians or non-Christians.?

Without a doubt, Jimmy Dooley is something better in gospel music. With a new album and new doors being opened, things are looking brighter than ever before for this 25-year-old as he continues to grow in his ministry and touch even more lives through the power of Christ. Jimmy's presence in the music industry is definitely something different, and something that will surely be around for many years to come.