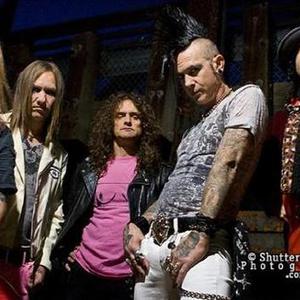 Jetboy is a San Francisco hard rock band formed in 1983. The band transplanted themselves to LA In 1986 after signing a major deal with Elektra Records. Their musical influences ranged from Punk rock to Rock n' roll with a good dose of Blues thrown in. Their 1988 debut album Feel the Shake peaked at 135 on The Billboard 200. In 1987, bassist Todd Crew died due to a drug overdose in the Hotel room of Guns N Roses guitarist Slash. Coincidentally, Hanoi Rocks had recently parted ways after the death of their drummer Razzle, which allowed Sam Yaffa to fill the bass guitarist position.

Yaffa, a member of one of the groups Jetboy had found most influential, was now a member of the band. Jetboy continued on into the 1990s before calling it a day. However, over a decade later, Jetboy reconvened, toured and recorded a new EP 'Off Your Rocker'.

Off Your Rocker (EP)

One More For Rock'n'roll

A Day In The Glamourous Life