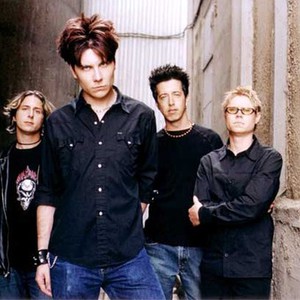 Jet Set Satellite is a rock band founded in 1998 in Winnipeg, Manitoba and originally having only two members, Trevor Tuminski and Dave Swiecicki. After releasing their debut album "Blueprint" in 2000 on Nettwerk Records, they celebrated two Top 20 Canadian hit singles, "Best Way to Die" and "Baby, Cool Your Jets", at rock radio and MuchMusic that year. In 2003, citing irreconcilable creative differences, the band made a rare move and left their record deal with Nettwerk in favor of pursuing their own collective vision for their second release.

The band released their second album "Vegas" independently in 2005 with the title track, "Together", "Remover" and "Please Capture Me" as singles. They recently finished their third album, "End of an Era", August of 2008, with their first single "Ladykiller".

End Of An Era