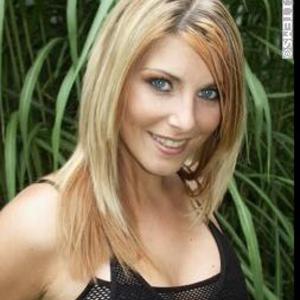 Jessy De Smet was born the 8th of July 1976 in Zottegem. Both her mother and father are performing in bands and she has a brother who is only 18 months older than Jessy. Already at the age of 8, Jessy started singing. Since her parents are musicians, a musical career for Jessy was the first logical choice. As her parents were performing with "Willy Sommers" (a well-known Belgian artist) every weekend, he asked Jessy to record a single with him. This single was called "Twee Vrienden" (Two friends) and scored pretty good in the Belgian charts.

Already at the age of 8, Jessy started singing. Since her parents are musicians, a musical career for Jessy was the first logical choice. As her parents were performing with "Willy Sommers" (a well-known Belgian artist) every weekend, he asked Jessy to record a single with him. This single was called "Twee Vrienden" (Two friends) and scored pretty good in the Belgian charts.

About a year and a half later, "Marijn De Valck" (also the top of the Belgian entertainment), who lived in the same town as Jessy, asked her to record a song called "Vang het licht" (catch the light). All the money earned with this song, was donated to the Belgian Federation of Autism. In the meanwhile Jessy's parents started their own band, "Jennifer Band" in which Jessy started singing at the age of 12.

In 1996 Jessy meets The Mackenzie, with whom she produces her first dance-single I am free, which turned out to be a big clubhit. In 1998 they attack the charts again with Love and You got to get up which are slightly different because of the amount of lyrics in the songs.

It is in June of 1998 that Innocence was released, the biggest hit Mackenzie featuring Jessy ever had, selling more than 25 000 copies in Belgium, earning them a golden CD. Being the longest registered song in the charts of 1998, Mackenzie featuring Jessy received the ULTRATOP DANCE CHART AWARD 1998. In September of that same year they release "Falling in love", with this song another golden CD was achieved.

Only 2 months later there is Alive, and in April of 1999 Out of control is released. The same month the album Angel writes history, after only 3 weeks, the album goes straight to number 1, which has never been achieved with any dance-album in Belgium. Angel also won the TMF-award for BEST ALBUM OF 1999. Jessy was also nominated for best female singer and best dance-act.

In August of 1999 The rain is released. The success of the group is enormous so one could see Jessy on national television or in interviews all the time. With the group she does at least 4 shows per weekend. After this busy summer, in December there is Emotions, followed in April of 2000 by Be my lover.

In September 2000 the single For you is released. In December of 2000 Mackenzie released All I need, which scores almost as good as Innocence and Falling in love. And then finally, the last single together with Mackenzie, Walk away, is released in April 2001.

After this really busy period Jessy decides to have a break in her career and to regain fun in performing as a singer. In this period she starts doing guest performances in a coverband called Made In Belgium and she has a lot of fun doing this. After several proposals from all over Europe, she decides to start a new project with Belgian most famous producers Regi Penxten and Filip Vandueren. (The names behind Milk Inc.,Sylver, Flesh & Bones etc.)

The three start working on a new single, for which Jessy wrote the lyrics herself again. The first single Look @ me now is released on vinyl in July 2002 and on CD in August 2002. Look @ me now is released by AGM, the studio and record company where Regi and Filip are doing most of their productions. Together with a total new look and a superb videoclip, the new Jessy starts a new and hopefully even bigger career.

On stage Jessy is one of the few singers in the dance-scene that sings live. During the show she is accompanied by some of the best dancers in Belgium, doing their performance on a choreography by Isabelle Bequest.

Look @ me now was in the Belgian Ultratop charts for more then 20 weeks ! (that's 5 months!) It topped at #8. Because of the big success the successor Enchanted was first delayed with a few months and eventually not released because by that time the UK promotion of Look @ me now started! Performances around Europe (UK, Holland, Spain) were done. For the French market Regardez-Moi was released, a french translation of Look @ me now.

You can find Enchanted on a few compilation CDs and it'll offcourse be included on the forthcoming album!

At this moment Jessy, Regi and Filip are working hard on a new album!

How Long (Point Of No Return) (Single)

Look At Me Now CDM