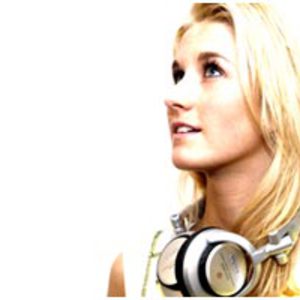 Female DJ Jesselyn started playing records in 2001. She was impressed by the techniques of other trance and hard-trance dj's and she wanted to make these skills her own. With a lot of practice and a bit of luck she managed to play on Frequence festival 2002. The enthousiastic crowd went wild and because of her well chosen set she was booked in clubs like Lexion, Atmoz, Zino and Danssalon. To get herself even more involved in the dance music she started to produce her own tracks.

To get herself even more involved in the dance music she started to produce her own tracks. After a year of experimenting and trying out tracks, this finally resulted in a production worth while releasing: 'Tonka'. After Tonka she wanted to produce more records with an innovating sound. Her second release 'Omnia' became a huge success and was played by most major dj's. 'Omnia' even became one of the favorite tracks of Tiesto and appeared on the Tiesto in Concert DVD.

Due to her previous releases Jesselyn was asked by Marcel Woods to produce a record together with him. Their collaboration resulted in two smashing tracks: Flora and Fauna.