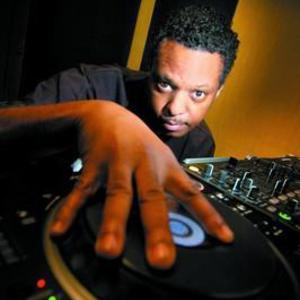 Jesse Saunders (born March 10, 1962, in Chicago, Illinois) is a DJ, music and film producer, remix artist, promoter and entrepreneur. He is one of the pioneers of House music, often cited as "the originator of House music". His 1984 single, "On & On", was the first house song pressed and sold to the public.[1][2]. On July 17, 1997 Chicago Mayor Richard M. Daley announced the day would be forever known as Jesse Saunders and the Pioneers of House Music Day in Chicago.

Since his emergence as a DJ almost three decades ago, Saunders has run several of his own independent labels, and worked extensively in music and film production, as well as artist promotion and management. In recent years, through House music reunions, a pending book release and a live 'disc-jocumentary' - where, while DJing, he visually takes the audience through the history of House and Electro - Saunders has worked towards erasing the misconceptions associated with the genre's origins. He is also a long-time member of the National Academy of Recording Arts and Sciences.

"The Originator Of House Music"

House music first got its start within the walls of Chicago's Warehouse nightclub, thus attaining its name. As the music moved to the wider community, the sound significantly changed and what developed is House music as it eventually came to be known. While one of his biggest influences, and another instrumental figure in the development of House, Frankie Knuckles, confined himself to the gay nightclub scene (primarily that of the Warehouse), Saunders took the unique sounds of the Windy City to the masses. Instead of relying solely on disco and R&B like Knuckles, Saunders expanded his musical repertoire and fused it with the turntable trickery that remains a staple to this day. As a DJ he would accentuate desired moments in songs through loops and repetition, focusing on sections that were stripped down to just the drum or bass - a tradition he would carry on as a producer.

Saunders took an early liking to music, beginning with piano at age five and eventually making his way through every instrument available to him. Amongst his early musical influences were Aretha Franklin, Fleetwood Mac, Smokey Robinson and Earth Wind & Fire. He also became fascinated with sports, displaying his greatest strengths in baseball and tennis, winning multiple city championships with his team in the latter. Saunders was also an honors student, attending the same high school where the likes of Chaka Kahn and R.Kelly also attended.

At the age of sixteen, Saunders became exposed to Chicago's night club scene, enthralled by the sounds of Frankie Knuckles and others in the scene. It wasn't long before he became a nightclub headliner, and in 1982, he opened up his own nightclub, the Playground. Attendance figures soon outnumbered those of the Warehouse and Saunders used the opportunity to incorporate his original material into his sets.

By 1983 he was producing his own music and in early 1984 he released the first official House music record along with Vince Lawrence, "On & On", on his label, Jes Say Records. "Funk U Up" (the first House track to ever make it onto the Billboard charts), "Real Love", "Love Can't Turn Around" (the song that started the House music revolution in the UK) and "Dum Dum" soon followed. His group, Jesse's Gang was eventually signed to Geffen Records, releasing the album Center of Attraction shortly after, with the single off the album, "I'm Back Again" becoming a top ten club hit.

By the late 1980s, Saunders decided to focus all his efforts on writing, producing and remixing instead of DJing. Throughout the 1990s, he made his way back to DJing, touring the world over, as well as trying his hand at producing music for television. His independent label, Broken Records, fully embraced the digital revolution by disturbing music solely via the Internet. Since 1991 he has been involved in House Music Reunion Picnic, celebrated every fourth of July weekend. The event brings together over 100 DJs and attracts upwards of 8,000 people. In 1997 he reunited with the other forefathers of House music to release Chicago Reunion Album.

Saunders' mother, a University graduate in Early Childhood Education, was his primary carer and a great supporter of his sporting and music pursuits. His maternal grandfather, a funeral business owner, was voted "Mayor" of Bronzeville (then the Black section of Chicago) from 1937-1939. He also became heavily involved in the Civil Rights Movement and promoted the career of legendary gospel singer Mahalia Jackson.

Work For My Love