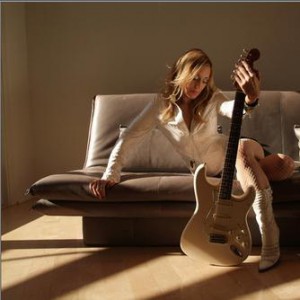 Jes is a singer, songwriter and producer. Born and raised in New York City, she studied art and singing at art school. She first began experimenting with music making in friends' studios. By age 16, she was already making her first vocal recordings as a reference vocalist, and had also worked as a backup singer for several major recording labels. In 2001, while working at a recording studio in LA, Jes met Mike Olson. The two formed Guardians Of The Earth, which was a former successful on MP3.com with songs like Starchildren and One Moon Circling.

In 2001, while working at a recording studio in LA, Jes met Mike Olson. The two formed Guardians Of The Earth, which was a former successful on MP3.com with songs like Starchildren and One Moon Circling. Starchildren was included on Paul van Dyk's 2001 Ministry of Sound compilation, The Politics of Dancing. Jes has also collaborated with producers such as D:Fuse, Deepsky and Solar Stone, producing tracks like Living The Dream, Ghost, and Like a Waterfall. The latter track appears on the compilation album In Search of Sunrise 4 by Ti&euml;sto, who she also appeared alongside with on selected dates during his Ti?sto In Concert Tour.

Jes's most well known work to date is her collaboration with Josh Gabriel and Dave Dresden (of Gabriel & Dresden), which led to the formation of the group Motorcycle. Their 2003 hit As the Rush Comes was a number one single on Billboard's Hot Dance Airplay chart in 2004, on which it also became the first year-end number one Dance Airplay track of the same year. As the Rush Comes gave Jes international exposure, which then allowed her to perform in larger venues and festivals like Bacardi Festival (Lebanon), Fresh (Malta), World Electronic Music Festival (Toronto), Escape In The Park (Wales), Los Angeles Memorial Sports Arena and Red Rocks Amphitheatre (Denver).

In 2006, the song Ghost was nominated for a Grammy Award for Best Dance Recording.

More information can be found on her official site: planetjes.com

Into The Dawn: The Hits Disconnected