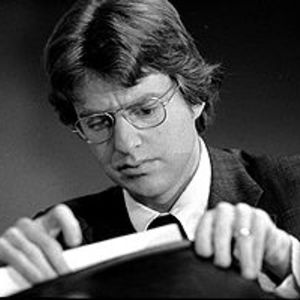 Gerald Norman "Jerry" Springer (born February 13, 1944) is a television presenter, best known as host of the tabloid talk show The Jerry Springer Show since its debut in 1991. He is a former Democratic mayor of Cincinnati, Ohio, a former newsreader and a musician. In 1970, Springer ran for Congress. He failed to unseat incumbent Republican Donald D. Clancy, but garnered 45% of the vote. He had previously spearheaded the effort to lower the voting age, including testifying before the Senate Judiciary Committee in support of ratification of the 26th Amendment.

In 1970, Springer ran for Congress. He failed to unseat incumbent Republican Donald D. Clancy, but garnered 45% of the vote. He had previously spearheaded the effort to lower the voting age, including testifying before the Senate Judiciary Committee in support of ratification of the 26th Amendment.

Springer was elected to the Cincinnati city council in 1971. He considered resigning in 1974 after admitting to hiring a prostitute. The episode was uncovered when a police raid on a Fort Wright, Kentucky "massage parlor" unearthed a check Springer had written for its "services". Springer came clean at a press conference. His honesty helped him win back his seat in 1975. In 1977, he was chosen to serve one year as mayor by the City Council.

In 1982, Springer sought the Democratic nomination for governor of Ohio. TV commercials for Springer's campaign referenced his use of a check to pay a prostitute, saying that he wasn't afraid of the truth "even if it hurts". He failed to win the Democratic party's nomination, and his political career was put on hold. Springer considered running for the United States Senate in 2003, but backed down due to negative affiliations with The Jerry Springer Show.

Springer's broadcast career started while he was still mayor of Cincinnati, with album-oriented rock radio station WEBN FM, which was noted for its laid-back and irreverent radio format. The station featured commentaries by Springer under the banner "The Springer Memorandum." The popularity of these commentaries helped launch his broadcasting career.

Springer was hired as a political reporter and commentator on Cincinnati's NBC affiliate, WLWT TV, which had, at the time, the lowest-rated news program. Later, having been named primary news anchor and Managing Editor, he needed a broadcast "catch phrase" in the model of other great newsmen. With the help of some others at WLWT, he created his signature line: "Take care of yourself, and each other." Within two years he was Cincinnati's number one news anchor, along with partner Norma Rashid, and for five years, the most popular one in the city, garnering ten local Emmy Awards for his nightly commentaries. It was a position he held until January 1993.

In 1997, the Chicago-based NBC-owned station WMAQ hired Springer to serve as a news commentator. However, this proved to be unpopular among viewers, as it resulted in the resignation of Ron Magers and long-time news anchor Carol Marin. After performing only two commentaries, Springer resigned as commentator.

The Jerry Springer Show debuted on September 30, 1991. It was developed by WLWT-TV to replace its Phil Donahue Show (coincidentally, the style that Springer was in was similar to Phil Donahue, and both were produced by Multimedia Entertainment). It started as a politically-oriented talk show, a longer version of Springer's commentaries. Guests included Oliver North and Jesse Jackson, and topics included homelessness and gun politics.