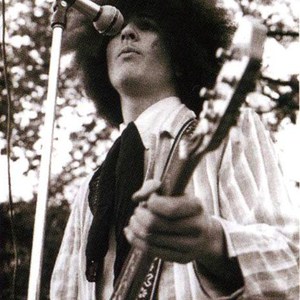 Jeff Simmons is a Rock musician and former member of Frank Zappa's Mothers of Invention. Simmons provided bass, guitar, and/or vocal for the group between 1970 and 1971. He left The Mothers just prior to the filming of 200 Motels in mid 1971. Jeff later returned to the group for a time during 1972 and 1973. Zappa and Mothers albums he appeared on include Chunga's Revenge (1970), Waka/Jawaka (1972), Roxy & Elsewhere (1974).

Simmons stayed in Los Angeles and completed two solo albums for Straight Records. He co-composed the soundtrack for the biker film Naked Angels (1969). His second album Lucille Has Messed My Mind Up (1970), featured Zappa as producer. Zappa wrote two songs and played lead guitar under the pseudonym La Marr Bruister. The engineer was Chris Huston, who also worked on Led Zeppelin II at about the same time. Lucile was voted the 2nd best album on Straight Records by Mojo Magazine. Both albums were re-issued on CD in 2007 by World In Sound Records.

Simmons is one of only a handful of musicians to share a songwriting credit with Zappa. Their co-laboration Wonderful Wino appears on Lucille Has Messed My Mind Up and on Zappa's 1976 album Zoot Allures. The title song of the album Lucille Has Messed My Mind Up was also re-recorded in a completely different arrangement on Zappa's 1979 album Joe's Garage. During a 1982 guest DJ spot on UK's BBC Radio 1 Zappa played some of his favorite songs including Simmons' I'm In The Music Business.

Jeff continued to play music with various groups in the Seattle area during the 1980s. He appeared in the 1988 movie Rock and Roll Mobster Girls which was produced on video tape in Seattle during the very early stages of the Grunge music scene. Jeff Simmons' most recent work is Blue Universe (2004).

Lucille Has Messed My Mind Up (Vinyl)