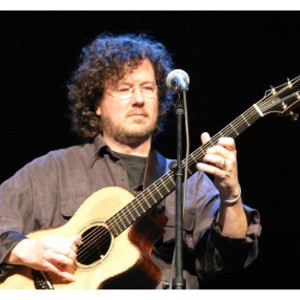 Al Petteway is an American guitarist known primarily for his acoustic fingerstyle work both as a soloist and with well-known folk artists such as Amy White, Tom Paxton, Jethro Burns, Jonathan Edwards, Cheryl Wheeler, Debi Smith, Bonnie Rideout, Maggie Sansone and many others. His own compositions rely heavily on Celtic and Appalachian influences. Petteway's music has been featured on NPR and on PBS television specials by Ken Burns.

Petteway's music has been featured on NPR and on PBS television specials by Ken Burns. His recordings, music books, and instructional videotapes have gained him a large following of devoted fans around the globe. His playing is featured on more than sixty recordings by some of the world's best known folk and Celtic musicians. Since 1996, he has performed exclusively with his wife, Amy White. They have been Artists In Residence at The Kennedy Center and at Warren Wilson College. Petteway is also the Guitar Week coordinator for the world famous "Swannanoa Gathering" music camp at Warren Wilson College near Asheville, N.C.

In 2005, Al Petteway won a Grammy award in the "Best Pop Instrumental" category for his rendition of "The Thornbirds" that appeared on a compilation of solo guitar renditions of Henry Mancini compositions titled "Pink Guitar." Before that he and Amy were awarded an Indie award for their duo guitar album "Gratitude." Al Petteway has been awarded 45 "Wammies" by the Washington Area Music Association including the top honors of "Artist of the Year" and "Musician of the Year". He was the recipient of two Maryland State Arts Council Individual Artist Awards for Music Composition and performed at the Vice President's House and The White House during the Clinton administration.

Al Petteway and Amy White now live in the western mountains of North Carolina near Asheville.

Dream Guitars Vol. I - The Golden Age of Lutherie