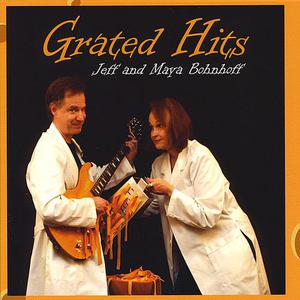 Though Bohnhoff's interest in music as a career stretches back to her high school years and her mother, her avocation as a musician was started by 1980 when she was a member of a band called "Talisman" playing a mix of original progressive rock and top 40 and got some airtime on KZAP, a radio station in Sacramento, California. The Bonhoffs later reformed as part the band "Syntax" through which they released a cassette tape "Silent Planet" in 1990 - "Syntax" using a substantial amount of MIDI based music.

They were introduced to filk music in 1991 and predominantly use acoustic guitars in their live shows. In 1991 the Bohnhoffs had been invited to a science fiction convention for Maya's "Hand-me Down Town" publication in Analog magazine because Maya was up for the Nebula Award. At a party for the event Jeff had the opportunity to a jam session with founding filk musicians Dr. Jane Robinson, Cynthia McQuillin and Elizabeth Ann Scarborough. After other conventions mostly for Maya's writing, Jeff and Maya were spontaneously invited to play music at the 1995 Baycon by Kathy Mar. It was after a long evening of music that they wrote "Knights in White Satin". Filk and parody have become their main musical presence, though now they perform through their own production company, MysticFig and as a duo predominantly.

Mrs. and Mr. Bohnhoff have given concerts at various science fiction conventions and conference for many years and have won awards doing so. They have attended conventions Norwescon, Worldcon, LepreCon, Consonance, OryCon, the Ohio Valley Filk Fest and others. They have produced several of their own tapes and CDs through their own production company. They also play often at the local Bah?'? events and Centers. Maya also participated in a panel discussion "Intro to Filk - Who are those people sing weird songs?" at the 1997 OryCon and "Steal That Tune - Filkers have borrowed tunes from folk sources, rock singers, Broadway shows, you name it. And not all of the results are parodies...." with her husband and others.