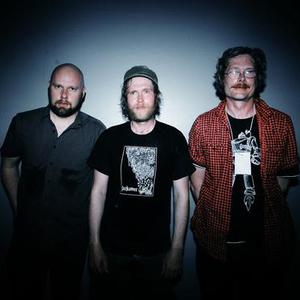 Since 1998 Norwegians John Hegre and Lasse Marhaug have been making sound together as Jazzkammer. Debut album "Timex" in 1999 have been followed by a string of releases on labels like Staalplaat, Abisko, Xerxes, Smalltown Supersound, Utech, Bottrop-Boy and OHM Records, as well as touring and playing shows around the world. Remixed by friends on the "Rolex" CD in 2001. Live collaboration CD with Merzbow later the same year. Have done music for theatre and dance performances. Visited and worked in Singapore during the SARS-crisis in spring 2003, but survived.

Co-produced Maja Ratkje's "Voice" album in 2002, which was awarded with a price at the Prix Ars Electronica in 2003. Slightly altered their name to Jazkamer in 2004, to get rid of the jazz. In 2005 released their complete tour of Japan in a deluxe cassette box set.