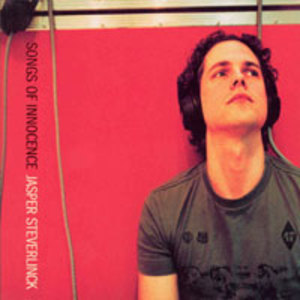 Finally. The wait's over. Jasper Steverlinck's first solo album is out. Don't think this exceptional record to be the product of a plan. It's actually the result of a chain of happy coincidences, culminating into a unique event. If Arid 's singer wouldn't have stepped into an artistic exchange with the Kolacny Brothers, this record would never have been made. He asked the twin pianists to accompany him singing ?Life on Mars' in Werchter, and they in turn invited him to sing with the youth choir Scala.

A whole new world opened up for Jasper, his conception of music?especially music by other artists--changed in the process, and gradually he started to brood on the idea of a cover album. Now it's here, out in the world, out for you to savour, to enjoy.

?I didn't just want songs that would allow me to lash out with my voice,? he says. ?It had to be songs I could actually work on, do something with. I even chose a few that would lead me into fairly unknown territory.? Indeed, it's an album with a handful of cover tracks stripped to the core, altered considerably, resulting in very personal interpretations that seek the minimal: vocals, piano, once in a while a stroke of strings and perhaps?if the song would ask for it?an electrical guitar.

Songs of Innocence features songs that go for Emotion, capital E. No volume, nor violence. Just tension, subtlety, nuance. ?I wanted to bring the atmosphere and the feel of classical music into pop music,? says Jasper. ?I know a lot of people shy away from classical music because they think it's too high brow for them. It would be great if some of them would get closer to classical music through this record.?

The album thus constitutes the end?or the beginning?of a personal quest into his own potential as a singer, as an artist who wants to explore his talent, discover ways to go beyond what he would think to be its limits. His inspiration: Jeff Buckley. ?Buckley never stopped looking for songs to cover,? says Jasper, ?because he felt music, be it from the present or the past, shouldn't just exist on a shelf, but should reside in your head, in your body. He felt you could only make music enter your body if you worked on it, if you played and tried to understand the work of other musicians.?

Songs of Innocence is a courageous album, one that isn't afraid of taking on the callenge of performing the songs of others. In Jasper's version each one of the tracks are reborn: Madness'. ?It Must Be Love' becomes a heart-felt ballad, Elton John's ?We Al Fall In Love Sometimes' loses its kitsch, The Chemical Brothers' ?Golden Path' turns into a quest for the original, and Bob Dylan's ?Make You Feel Love' sounds as if it's raining rose petals.

Songs of Innocence is a testimony to Jasper Steverlinck's consciousness as an artist who is ready to discover and keep on discovering the power and imagination of music, of all those songs?some forgotten, others never forgotten?that managed to give us beauty and consolation.

That's Not How Dreams Are Made (CDS)

It Must Be Love