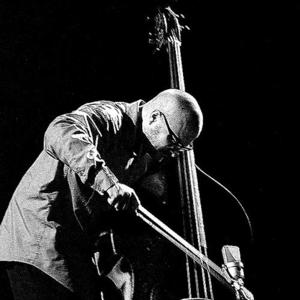 Avant-garde bassist Jason Roebke was raised in Kaukauna, WI, and he began playing bass at age 14. After graduating from Lawrence University, he moved to Madison, WI, to study with Chicago jazz legend Roscoe Mitchell. He earned a master's degree from the University of Michigan in 1998, then briefly taught at Albion College before moving to Chicago the following year. Since his arrival in Chicago, Roebke has performed with many of the city's most famous avant jazz musicians, including Ken Vandermark, Jeb Bishop, Jeff Parker, Chad Taylor, and Rob Mazurek.

In 2001 and 2002, Roebke played on two recordings led by Fred Lonberg-Holm, A Valentine for Fred Katz and Terminal 4's When I'm Falling. He also repeatedly appeared on disc with guitarist Scott Fields. Roebke has also made numerous trips to Japan, performing with musicians like Toshimaru Nakamura, Taku Sugimoto, and Tetuzi Akiyama. Since 1998, Roebke has also performed with Art Union Humanscape, a duo with dancer Ayako Kato. Tigersmilk, which featured Roebke along with Mazurek and percussionist Dylan van der Schyff, was released in 2003.

He seems a busy musician.