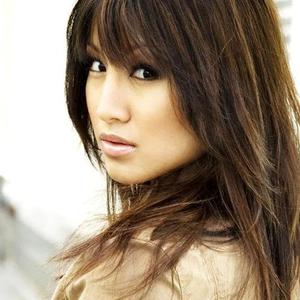 "There's no Asian that's huge out there. So I want to do that. I want to break that mold." -Jasmine Trias Jasmine Trias has become one of more than a dozen former American Idol competitors to use the immensely popular show as a springboard to a recording career. During her time on the show, her popularity grew into a cult-like phenomenon as she won fans, not only in her native U.S., but the entire world over.

Jasmine Trias has become one of more than a dozen former American Idol competitors to use the immensely popular show as a springboard to a recording career. During her time on the show, her popularity grew into a cult-like phenomenon as she won fans, not only in her native U.S., but the entire world over.

During the heat of the competition, the Internet played host to hundreds of fan-produced sites in a multitude of languages. In her ancestral homeland of the Philippines, it seemed like the whole nation was experiencing "Jasmania," as headlines in the capital's newspaper declared "Everybody Wants Jasmine."

Since 2004, Jasmine has been busy getting her solo recording career off the ground. While she has been visible through fast-food chain promos and the release of her debut album in 2005, it seems that Jasmania has cooled somewhat since she was a finalist on America's widely popular singing competition. Her album and singles have failed to make much of an impact in the all-important U.S. market, although she's still a sensation in the Philippines.

Jasmine's still got plenty of time to develop her career as a recording artist, and she's also taken the leap into acting. But that's still not enough for the energetic entertainer, who hopes to build, in her own words, "an empire." Her ambitions also include starting other businesses, such as lines of clothing and fragrances, a beauty salon, as well as a Filipino restaurant.

Jasmine Soriano Trias was born on November 3, 1986, in Honolulu, Hawaii, and grew up in Mililani, a suburb in Central Oahu. She began voice training at the Performing Artist Academy of Hawaii when she was 8, took a break from formal instruction a couple of years later, and then returned to the Academy when she was 14. That same year, she represented her school in a state-wide singing contest, the Brown Bags to Stardom competition. She won that contest and went on to win the 2003 Road to Fame talent competition for youth.

In the winter of 2004, Trias was selected as one of the top 32 contestants for the third season of FOX's American Idol. On March 17, she found herself amongst the final 12 contestants and debuted with the Natalie Cole hit "Inseparable."

Over the course of the next two months, she became one of the season's more popular competitors, generally impressing the trio of judges, and making the cut week after week. The Jasmania phenomenon was not only brewing stateside, but the world over, in places as far away as Singapore, Australia, Taiwan, and Germany.

In more than a dozen foreign countries on at least four continents, hundreds of websites promoting Jasmine's talents as a song interpreter popped up on the Internet during her tenure with the show, many in languages other than English. During the height of Jasmania in April 2004, the headline in The Manila Times (a widely read newspaper in her ancestral homeland of the Philippines) declared: "Everybody Wants Jasmine."

On May 19, Trias was voted off the show, finishing in third place after first runner-up Diana DeGarmo and the season's winner, Fantasia Barrino. Hawaii's Lieutenant Governor declared the following day Jasmine Trias Day for the entire state, while the city and county of Honolulu continued the celebration on May 21. Amid the hoopla, Trias graduated from Maryknoll School in June. She received a scholarship to attend Hawaii Pacific University, with initial plans to study nursing. Those plans were put on hold, as she decided to put her energies into her career as an entertainer.

Trias hit the road with the other third-season American Idol finalists for a 2004 summer tour, which culminated in three sold-out shows at Neal S. Blaisdell Arena in Honolulu that September. She also received several endorsement deals in Hawaii and the Philippines. This included the release of a promo CD single for McDonald's in the Pacific nation titled "Love Ko 'To" -- a local translation of the restaurant's slogan "I'm Loving It."

In February 2005, an exclusive CD single titled "Flying Home" was made available as a promotional track through Hawaiian Pizza Hut and Taco Bell restaurants. She signed a recording deal with ClockWork Entertainment; her self-titled debut album was released in the U.S. in July 2005. The 14 tracks showcased Trias as a pop-oriented R&B vocalist, but failed to make much of a dent on the charts stateside. It climbed to No. 11 on Billboard's Top Heatseekers Chart and to No. 1 on the New Artist Albums (Pacific) chart, but failed to rank in the Top 200 listings.

Jasmine Trias was issued on Universal Records on September 1, 2005 in the Philippines, where the single "Excuses" became a No. 1 hit. The Asian release contained bonus tracks sung in Tagalog, a first for Trias.

On September 12, she returned to the Philippines for a well-received week-long tour. While still pursuing a career as a vocalist, the Hawaiian native hopes to also make a splash as an actress.