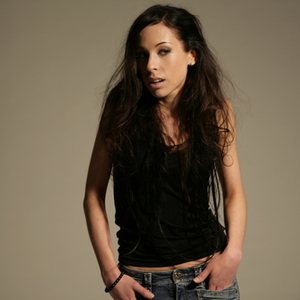 You can say that Janna was born to be a musician. She began playing the piano at the age of 6. At the age of 16 she started to write songs. Janna signed to Texicalli Records in 2005 and released her first EP Calling You at the beginning of 2006, which was well-received. Released in the summer of 2007, her debut album Right Now brought Janna to the attention of the music world. Her first single Take Your Time was a wonderful success in Finland. The album was also a big success in Japan where the single Ferris Wheel rode the top 10 lists in Tokyo for many months.

Janna's anticipated sophomore album The Makings of Me will be released November 19th, 2008 in Finland, followed by a release in the European and Asian markets. The new album creates a fresh, contemporary sound that is both modern and nostalgic combining the soulful pulse of the 60's and 70's, with a sly nod to the 80's. The unique sound is courtesy of the producers, Tuomo Pr?tt?l? and Aki Haarala working with Janna. As she herself has described the new album, it is inspired by dreams, experiences, and stories from her life. It is a very personal album and she has poured her heart and soul into the making of it. Janna wrote the album collaborating with Pr?tt?l?, Haarala and Lasse Kurki.

Janna has also appeared as a guest vocalist on many other artists' albums and has written songs for others as well. She also won the "Emerging Act 2008" on Basso Music Awards.

The Makings Of Me