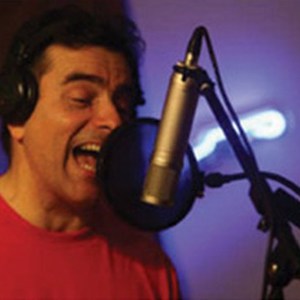 Originally a poet and fiction writer, Al Basile was the first to get a master's degree from Brown University's Creative Writing program; he also wrote musicals as an undergraduate. Meeting Duke Robillard in 1969 changed his artistic direction for life. He began his performing career in 1973, hired by Duke as the first trumpet player for Rhode Island's premier jump band Roomful of Blues, and played with such blues and jazz greats as Cleanhead Vinson, Red Prysock, Helen Humes, Joe Turner, and Johnny Shines.

Leaving in 1975 to devote himself to teaching, singing, and songwriting, he was reunited with Duke Robillard, Roomful's founder, in the late eighties, His songs and playing have continued to appear throughout the nineties on Robillard's records for Rounder, Stony Plain, Pointblank, and Shanachie. Songs he has cowritten with Duke have been used on television's Homicide: Life on the Street and the feature film Blood and WIne. Ruth Brown recorded one of Al's songs on her Handy Award winning 1997 release R&B=Ruth Brown, and was the first project with a song by Al to be nominated for a Grammy. The second came last year on Duke's Guitar Groove-a-Rama featuring Al's tune "This Dream (Still Coming True)" was nominated for Best Traditional Blues Album of 2006.

Al began his own solo recording career in 1998 with the well received Down On Providence Plantation and followed that up with 2001's Shaking the Soul Tree. Both discs were roots projects produced by Robillard and with him and his band backing Basile up on his own blues and soul based roots songs, the second emphasizing Memphis soul grooves and adding former Susan Tedeschi keyboardist Tom West to a horn section with Doug James and Sax Gordon Beadle alongside Al's cornet. 2003's Red Breath was Basile's first jazz CD, though he had fronted jazz combos for twenty-five years and had been featured as a swing-based cornetist on Duke's jazz projects such as After Hours Swing Session. Several underknown songs by Rodgers and Hart and Vernon Duke were unearthed and given perhaps their first jazz treatment, and Al showed the influences of Armstrong, Sinatra, and Strayhorn in his playing, singing, and writing styles. 2005's solo effort Blue Ink was a collection of Al's blues songs with Duke and his band again backing him up and featuring Jerry Portnoy on harp, fresh from recording Me&Mr.Johnson with Eric Clapton. This was a dream backup band for this material, which covered a range of blues styles from fifties Muddy Waters to Freddy King to swamp/funk blues to New Orleans/Longhair type blues. Duke produced and played guitars throughout. Blue Ink reached #18 on the Living Blues radio chart.


2006's Groovin' in the Mood Room stripped the rhythm section down to feature Duke's guitar solos. and emphasized strong grooves to complement Al's trademark lyrics and soulful snging, and again enjoyed lots of airplay both nnationally and internationally, reaching #14 on the Living Blues chart.

Great songwriting, singing, and playing -The Tinge puts it all together, as Al adds generous helpings of his cornet playing to a batch of songs which span Kansas City swing to soul-jazz to the classic blues material he first did with Roomful of Blues. With Roomful's Rich Lataille in the horn section along with Doug James and Duke, half of the original Roomful lineup is at work here, and Al has written blues songs like "Not the Wrong Woman" and "Too Slow" which celebrate their shared past (the latter is sung and played in the manner of Eddie Cleanhead Vinson, with whom Roomful first played in 1973). Bruce Katz is brilliant on piano, organ, and Wurlitzer, and along with mainstays Marty Ballou on bass and Mark Teixeira on drums, the rhythm section nails every stylistic challenge thrown at them, from older style jazz like "While We're Dancing" and "Give Me the Rainbow" to brooding plunger muted blues to bubbly workouts reminiscent of sixties soul. With the addition of his rich open tone and relaxed, lyrical solo work to his highly crafted songs, unique storytelling, and strong, personal vocals, The Tinge is Al Basile's statement record. The books and literary magazines which publish his poetry identify him as a poet, but that's only half the story. His recordings prove that he's a bard of the blues.


Al guested as a featured cornet player on Dave Gross' Take the Gamble in 2006, and he continues to work with Duke on his own projects - he played on Blue Mood, Duke's T-Bone Walker tribute record nominated for a Blues Music Award in 2004, A Specal Evening with Duke Robillard and Friends DVD released in 2005, played on and wrote for Guitar Groove-a-Rama, and co-wrote the title tune on Duke's 2007 release World Full of Blues.

Woke Up In Memphis

Groovin' in the Mood Room