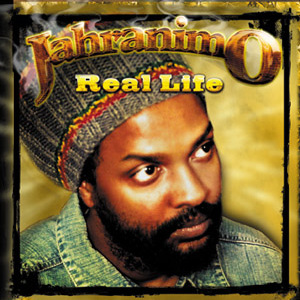 Born in St. James, Jamaica, Anthony Smith (aka Jahranimo) first picked up a microphone at the tender age of 13. Growing up with his beloved grandmother in the country side, he was frequently the cause of much stress as he would stay out late experimenting on the microphone with friends. Eventually his grandmother gave in to her worries and sent him back to the city where he met Tony Crab, his best friend and mentor. Influenced by artists such as the great Bob Marley and Super Cat, he soon realized his calling and began dedicating his life to reaching a worldwide audience with his music.

Jahranimos first major recognition came in 1988 at a sound system showdown between Ticka Music and Pieces Sound. Singing under the stage name ..Apache.., he won the audience..s love and was named Best Entertainer by the promoter. After meeting the late Chino Man in Savanna-La-Mar, Jahranimo was introduced to Leng, Specialist, and Banky (former managers of Shaba Ranks). These new connections led to performances in some of the biggest shows in Jamaica such as Sting, Hot Shot, and Border Clash. In 1991, ready to begin a new life in Canada, Jahranimo performed an emotional farewell show while sharing the stage with Buju Banton and other artists from his homeland.

While living in Canada and taking a break from music, Jahranimo began to realize his true identity as a ..Rastaman... Giving all praise to the Most High, life ..Must Get Betta..... and it did. In 2001 Jahranimo returned to the stage and began work on a compilation album with Kirk Davis, Beenie Man, and others. The 2002 release of ..In Jamaica.. led to several opportunities including the filming of a video for the title track on the beaches of Jamaica, television performances with George Nooks in Vancouver and Alberta (Breakfast TV), and performances with Half Pint, Tanto Metro, Devonte, and Mighty Diamonds.
Jahranimo recently received the George Barrett Reggae Music Appreciation Award for his contribution to reggae music. Many studio hours later his debut solo CD ..REAL LIFE.. is ready to take the industry and the world by storm. It is top to bottom one of the most innovative and polished reggae dance hall albums you will ever hear, with special appearances by Zukie Joseph "Crazy Feel", Kirk Davis "JAH JAH Love", and some of Canada's hottest up and coming R n B and Hip Hop artists. Jahranimo's collaboration with Kirk Davis on "JAH JAH Love" has been featured in the t.v. movie Falcon Beach and is currently in production of it's highly anticipated video. The album dropped September 3rd, 2004 with Jahranimo and special guests Stone Love delivering an incredible show to a packed house. If the reaction from that show is any indication, this CD will be the catalyst that sends Jahranimo straight to the top. ...Yes this one is so real... so just kick back and digest it...