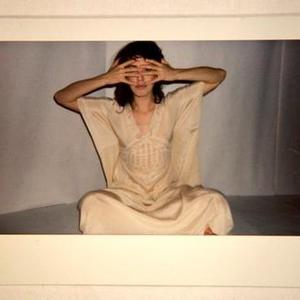 J? is the solo-project of Dutch musician Jessica Sligter, who otherwise explores more experimental grounds with different formations in Norway, Holland and the USA. Norwegian label, Hubro is released her full-length debut ?Balls and Kittens, Draught and strangling Rain? October, 2010. The album was recorded in Oslo and Richmond (USA) and mixed by Mark Nevers (Bonnie "Prince" Billy, Lambchop a.o.) in Nashville.

J??s music is an eclectic mix of influences including pop, pre-war blues, classical music, free improvised music and more, resulting in an intimate, beautiful sound that is kind of like those chocolate eggs: addictive, tasty, and there?s a surprise inside.

In an enviably short space of time, Jae has achieved in her explosive career, a spectacular string of successes, accomplishment and accolades, namely:

First R&B artist in the history of South Africa Music Industry to obtain Gold and Platinum Status in the sales of her self-penned debut single Missing You.

"Missing You" has since sold over 50 000 copies - a rare achievement indeed.

In just two weeks, Jae's track "Missing You" had been played on over sixty (60) radios

"Missing You" achieved No. 1 for 4 weeks on East Coast Radio.

"Missing You" the only South African song in the top ten of East Coast Radio's top 100 Songs for
the year 2002.


"Missing You" peaked at no 4 on Goodhope FM's Coco Cola international top 30.

"Missing You" achieved No 1. Status on Radio Highveld's Top 4 at 4.

Jae nominated by the influential Cosmopolitan magazine as one of South Africa's 30 Most Awesome Women of the year 2002.

Jae recently voted one of KZN's most influential woman in an online East Coast Radio Poll.
Jae was the only non-Indian artist invited to perform at the Miss India Worldwide pageant.

Jae has subsequently followed up all this success with an astonishing 4 top ten radio hits over the past two years, proving that this bright light on the SA music stage, is Not a "One Hit Wonder" (read less)