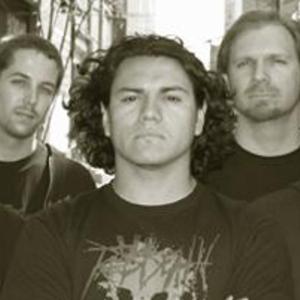 ?We don't have any gimmicks, we just get up there and play,? says vocalist Joe Ortiz of Jacknife. Hailing from Dallas, TX, Jacknife's sound can best be described as ?Texas style brutality? and the band wastes no time showing listeners why they are the future of extreme music from the Lone Star state. Jacknife blends the best elements of the metal and hardcore genres seamlessly on their full length debut album Moment Of Reckoning, which was released September 13, 2005 on Zero-Sum Recordings.

Originally formed in 1999, the Jacknife lineup has gone through several changes as their music has pushed in a more aggressive and brutal direction. ?The band's sound is getting more toward where we want it to be,? says Ortiz. ?I keep the vocals heavy throughout while the music alternates between melodic and heavy. I think you can express a different level of emotion by having heavy vocals over melodic music.?

The current lineup, as heard on Moment Of Reckoning, comprises Ortiz, Mike Warren and Steve Pruett on guitar, Joseph Fontenot on bass and Josh Montano on drums. Citing such influences as Megadeth, Anthrax, Iron Maiden, Overkill and Meshuggah, this young band is well-schooled in the art of metal.

Having been signed to Zero-Sum, a label founded by manager Paul Bassman, Jacknife is seeing quite an opportunity to excel. Paul has worked with Texas metal royalty, managing Damageplan and Drowning Pool. ?Paul has a name that carries itself,? says Ortiz. ?Since we are the first band signed to his label, we're getting lots of attention.?

With a rabid Texas following, Jacknife has worked their way onto bills with some of the biggest names in metal and hardcore under the sun, including Slayer, Killswitch Engage, Lamb Of God, Agnostic Front and Machine Head. Now Jacknife is preparing to take their crusade to the next level by embarking on a national U.S. tour with It Dies Today, Sinai Beach, Still Remains and Bullet For My Valentine. Is Jacknife looking forward to national exposure? ?This is a great opportunity for us? we just want people to have an open mind when they listen to our music,? says Ortiz.

A Plague Of People