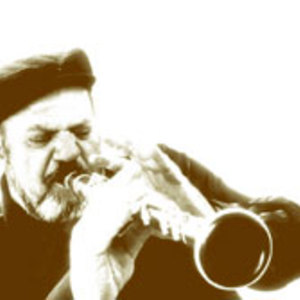 Ivo Papazov (Bulgarian: ??? ???????) (born 16 February 1952 in Kardzhali), nicknamed Ibryama (??????), is a Bulgarian clarinetist. He leads the Ivo Papazov Wedding Band in performances of jazz-infused Stambolovo music, and is one of the premier creators of the genre known as "wedding band" music in Bulgaria, along with saxophonist Yuri Yunakov and accordionist Neshko Neshev. He was only nine years old when he first got involved with music.

He was only nine years old when he first got involved with music. At first he learned the accordion, but in linve with his family of tradition he moved on to the clarinet. His great grandfathers were zurna players, but his grandfather became the first clarinet player in Thrace. His father and his musician collegaues were so impressed by the mastery and skills which Ivo showed as the taught himself the clarinet that they sent him to a children's music school to study with the clarinetist Peter Filipov.

But his real school turned out to be the multitude of weddings where Ivo went with his father, and where he learned to master the instrument and develop his virtuoso technique. For a short time Ivo Papasov became the uncrowned King of wedding music. Because of his origins and his popularity among the Turkish population in Bulgaria, in 1982 he was arrested, beaten and held in custody. He was sentenced to work in a labour camp.

Not long after that, Papasov became a celebrity among Bulgarian students and intellectuals who found in his music the freedom which was lacking in official Bulgarian culture. During a visit to his native country on the recommendation of Ognyan Videv, Milcho Leviev met Papasov. Joe Boyd was with him. This meeting opened Ivo Papasov's way to the big stage. His popularity led the recordings of two albums: "Orpheus Ascending" (1989) "Balkanology" (1991), released by Hannibal Records and produced by Joe Boyd himself. Subsequently there were tours in the USA, Canada and Britain. In 1989 he turned down an offer to emigrate to Canada.

After the political changes in Bulgaria, Ivo Papasov was free to concentrate on the whole world and for more than ten years he worked on joint projects with stars from the global music scene including Johnny Griffin, Hector Zazou and many others. World-famous musicians like David Sanbourn and Frank Zappa spoke flatteringly of his music. In 2001, after a long break, he began to work on his latest independent album called Fairground. At the end of 2003, the album was released by the Bulgarian label, Kuker Music.

His music today is a source of everything we all love: a tender, lyrical and crazily exuberant weave of colourful sounds and beautiful melodies, improvisations and ornamentation - a real embroidyer of rhythms inspired by love, which open our hearts to what we cherish the most.

According to Garth Cartwright, he was "the first Balkan Gypsy musician to win a wide international following with his two Joe Boyd-produced albums for Hannibal Records in the early 1990s."[1] Papasov and Yunakov have toured the United States several times.

In 2005 Papasov won the Audience Award from the BBC's Radio3 World Music Awards.[2]

In September 2007 Papasov was scheduled to tour the U.S. with bandmates Yuri Yunakov and Neshko Neshev. He canceled the tour on advice from his doctor.

Dance Of The Falcon