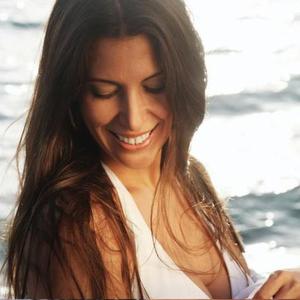 Dubbed "The Brazilian Sade" (even though she has a sound that is all her own), Ive Mendes possesses sultry Latin looks, an infectious personality and an incredible talent for both writing and singing. She has been a star in her native Brazil for a while, and has found success in Japan (signed to EMI), Spain and the UK. Her debut album featured a collection of her own songs in both English and Portuguese.

Her debut album featured a collection of her own songs in both English and Portuguese. The origins of her Portuguese are obvious; the origins of her English far more elusive: she learned English through her song writing. Ive's first full-length album was produced by Robin Millar (Sade, Everything But The Girl) who was bowled over by her voice after she sang into his answering machine. Her songs cover all aspects of her life and reflect her Brazilian roots and Latin passion. The album has received some great press.

Ive's songs, which are essentially about love, deeply reflect her Brazilian flair and Latin passion. The CD's first single release was "If you leave me now", a charming Bossa-Nova style version of the Chicago classic. Follow-up singles included "Natural High", "Night Night", and "N?o Vou Fugir", all of which can often be found in various Chill-out compilations.

According to her website, Ive is preparing for the release of her second album in 2007.