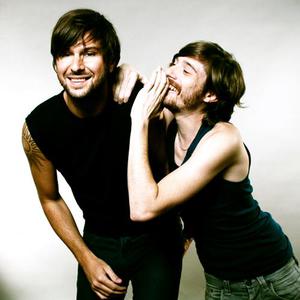 Italoboyz are actually two grown men, Marco Donato and Frederico Marton. Bored with mainstream house in their native Italy, the pair moved to London in the nineties in search of a more underground sound. Since then they've been DJing parties and collaborating with producers such as James What, Ed Davenport, Gummihz and Alban Hi Dini, resulting in Italoboyz releases on the labels Treibstoff, Einmaleins Musik and Safari Electronique. Donato also runs Minimal London, a collective of London-based producers that counts in its ranks Dub Kult, Mark Henning, Mark Ashken and Gummihz.

Blending house, minimal and a wacky attitude, the Italoboyz might not play Italodisco, but they sure know how to have fun.