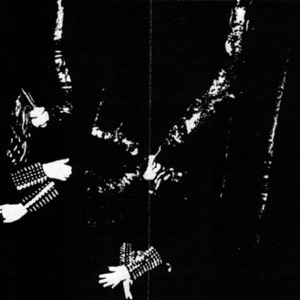 The soil started shifting around early winter in the year of 1992, up rose a little band consisting of three members calling themselves Behram, Arak Draconiiz and Goblin. These three individuals gave birth to a band called Icewind. A demo came and went, and Icewind became a two-piece, due to Behram moving away in late 1993. Icewind realized that making music with two persons was more satisfying, and decided to keep it this way, and changed the name to Isvind.

A demo came and went, and Icewind became a two-piece, due to Behram moving away in late 1993. Icewind realized that making music with two persons was more satisfying, and decided to keep it this way, and changed the name to Isvind. The band released a demo in autumn '93 entitled "Nivelheimen". The demo sold approximately 400 copies. This release brought Isvind in contact with German Solistitium Records, who later signed the band for a 7" and a full-length.

Isvind went back to their original recording-garage to put some more noise down on magnetic strips. The result was a 6-track promo entitled "Herskerinnen Promo '94". This did not sell as much, due to the fact that a 7" record deal was now at hand, and the band concentrated more on this. The 7" (simply entitled "Isvind") was recorded in January '95, with Isvind in a studio for the first time. The release went smoothly, and Isvind was now ready to show teeth at a growing group of Black Metallers all over the world.

The band grew a bit more serious, and rented a rehersal place and gained two session members for fuller live sound. The new members were original guitar/vocals man Behram, and then unknown Nag, now bass/vocal in Tsjuder. The band rehearsed and made new songs for an upcoming album release.

Finally in March 1996 the band entered the studio again, this time with 8 songs to record. The recording went past with few problems and "Dark Water Stir" hit the market with straightforward Black Metal later that year. The release lasted a mere 2500 CD's and few 500 LP's. But enough to get Isvind on the road for 11 dates. It was time for "Nights of revelations tour '97"! During Easter 1997, the band left on a ferry to visit great Germany to greet fans that had risen there.

"Nights of Revelations" was the last the world saw and heard of Isvind for several years. Yet, in 2003, Isvind entered the studio again to record a split with Orcrist, called "Kulded?d".

Their present status is however unknown.