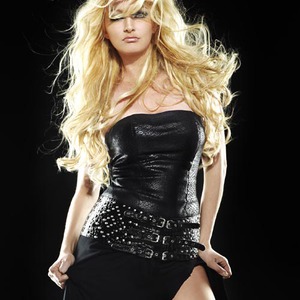 There are at least five artists called 'Issa': - A Norwegian pop rock singer - A Senegalese R&B Singer - A Japanese singer - A Canadian singer-songwriter - A Kurdish singer, Bouzouki player and composer - An American Rapper - Issa is a 26 years old girl from Oslo. At 17 she started to work her way into the music business as a demo singer for different labels in studios all around Norway. At 19 she won a competition with almost 150.

- Issa is a 26 years old girl from Oslo. At 17 she started to work her way into the music business as a demo singer for different labels in studios all around Norway. At 19 she won a competition with almost 150.000 votes singing the song ?Fade Away? written by Stian Aarstad, who had been a member of Dimmu Borgir. The song was released on a record in co-operation with TV channel Fox Kids. Frontiers Records is excited to present the world the talents of Norwegian singer ISSA (Isabell Oversveen) with the release of her debut album ?Sign of Angels? on September 14th in Europe and October 10th in the USA.


- Issa (self-styled ISSA in caps, pronounced ?e-suh?, stage name of Issa Diop) is a singer, songwriter, and record producer. Born in Dakar, Senegal, his musical style blends various styles, including contemporary contemporary R&B, pop, and reggae.
His self-titled debut EP, Issa, was released on November 14, 2007. International cable television broadcaster BET selected Issa as a ?Ya Heard? Break-out Artist of the Month? in August 2008 for ?Used to Be the One?, the first official single and video from his upcoming album Rules of Attraction.

- ??? ?? (Hentona Issa), Japanese artist born 9 December 1978, lead singer of hiphop group DA PUMP. As a solo artist, he is best known for the songs 'Justi?'s', opening theme to the series Kamen Rider 555, and 'Chosen Soldier', theme for the movie 'Kamen Rider The NEXT'.

- Issa (pronounced eeee-sah) (formerly known as Jane Siberry, born October 12, 1955), Canadian singer-songwriter known for such new wave hits as "Mimi on the Beach", "I Muse Aloud" and "One More Colour", as well as her adult contemporary hit "Calling All Angels" from her 1993 album When I Was a Boy.

- Issa (artist name for Issa Hassan), born December 25, 1970 in Beirut (Lebanon) is a Kurdish musician, Bouzouki player and composer.
1982, Issa was a member of a dance ensemble of a Kurdish association in Beirut. Issa immigrated to France in 1984 and became a member of the Kurdish Institute of Paris. Through his musical work Issa met Europe and European music. In 1988, he was then a band member of the group Koma Zozan coma. His music style is characterized by the fact that he mixes Kurdish Folk music with flamenco and jazz, and produces a new synthesis. Issa's first music album was released.
Discography:
* 1995 - Gul?nar
* 2000 - Ballad kurde ? Seville
* 2000 - Tooting Broadway
* 2001 - Art du bouzouk
* 2005 - La cinqui?me saison
--> www.issahassan.com
--> www.issahassan.com/en/biography.php

Run With The Pack