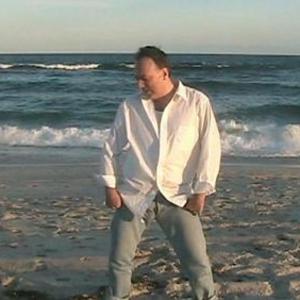 Isadar has been involved with music all of his life. Born and raised in south Louisiana, Fabian Isadar Thibodeaux was inspired by music he was exposed to as a child, and began playing the piano ?by ear? at a very early age. He began formal piano studies at the age of five. By the time Isadar was ten, he had already won an impressive number of awards in local competitions. Piano study continued off and on, shifting to a focus on woodwinds in his teens.

Isadar's involvement with his high school's musical rekindled his interest in the piano and triggered improvisational skills which segued into songwriting.

A graduate of the University of Louisiana, Isadar began to professionally record his compositions while a student. These early recordings evolved into his 1997 vocal release, "Dream of the Dead," (watch music video here) and were influenced by British recording artists - Kate Bush (in particular, her masterpiece, "The Dreaming"), Thomas Dolby, Peter Gabriel, and US/NYC based performance artist Laurie Anderson. Inspired from attending a performance by pianist Liz Story, Isadar briefly changed his focus to solo piano and recorded his 1990 debut, "Near the Edge of Light." In the early 90's, Isadar concentrated on writing pop music to finance his more artistic work.

Isadar relocated to New York City in 1993 to further pursue his music and recording. His first break came within a year when an advertising firm in New York hired him to create the soundtrack for a Ralph Lauren "Safari" TV ad. Isadar then began an employment term with Sony Music Entertainment, managing recording contracts. He continued to record original music and created mechanical reproductions of his piano recordings for playback in player-pianos. Isadar's interest in mechanically re-produced music further developed into creating sound recordings of antique music boxes.

Isadar resides in Queens, NY. He continues to write, record and make music videos to accompany his work as he has time, and is currently a manager within Sony BMG Music Entertainment's department of Vault and Archives. His music is globally distributed through iTunes.