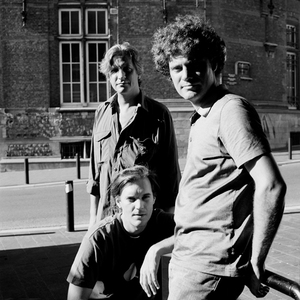 This astounding trio of musicians started out as a Quartet at the end of the 80's and they were called NASA NA and included the guitarist Pierre Van Dormael (brother of film maker Jaco - Toto le Hero). Sax man Fabrizzio Cassol is a giant in Belgian jazz scene and works in many projects. Stephane Galland is one of those drummers that can play almost anything and is not afraid to play with percussionists from all over the world - as you will see in the records.

Finally of the actual trio is Michel Hatzigeorgiou (Hatzi for most everybody in the Belgian scene) is not only known worldwide as the premier fan of the now defunct giant bassist Jaco Pastorius (WEATHER REPORT) but has now surpassed him easily. Although the line-up remains constant, they have many collaborators that have been included at times into the band. Lately Fabien Fiorini on keyboards. Their albums are all different from each other sometimes doing India music sometimes avant-garde dancing jazz ballet.