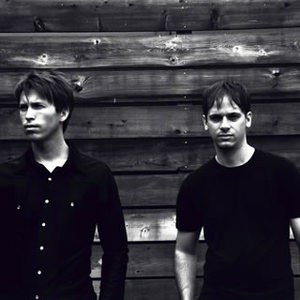 There are at least 19 different artists named Iris: 1) An American synthpop band formed in 1993. 2) A Romanian hard rock group formed in 1977. 3) A Chilean experimental hip-hop band. 4) An instrumental band featuring Marillion members Ian Mosley and Pete Trewavas. 5) A Spanish singer from Barcelona. 6) A music group specialized on Touhou and it's music. 7) An Australian pop-rock band. 8) A German progressive band. 9) A Portuguese hard rock band. 10) A British band from Derby. 11) A Hungarian metal band.

12) A Dutch singer.
13) A Slovene singer of Indian descent.
14) A Japanese improvisational jazz/post rock band from Nagoya.
15) An American Indie-Rock project of singer/songwriters Austin Hafer and Gabe Simon in 2007.
16) A French progressive rock band.
17) A Belgian singer, representing Belgium at the Eurovision Song Contest 2012.
18) A female Italian beat singer active during the sixties.
19) A female British trip-hop artist (or group).

1) IRIS originally called "Forgiving Iris", started in 1993 when two members of a Texas college electronic music class, Reagan Jones and Matt Morris, realized they had identical tastes in music. The band began playing covers of their favorite songs at clubs in town, and slowly gained a following. A lucky break led to Iris playing at the KRBE 104.1 festival in Houston with acts like C&C Music Factory and Lucas, as well as a performance at the side stage of the Duran Duran / Waterlilies concert that same year. After the appearance of an early version of the track "Annie, Would I Lie To You" on various compilations, the band signed with Todd Durrant from A Different Drum, and work began on the first record.

In 1999, Forgiving Iris changed their name to Iris and released their debut album, "Disconnect". The album sold thousands of copies and achieved considerable club and radio success. Reagan's evocative vocals combined with Matt's refined production made the record an instant modern synthpop classic. The single "Annie, Would I Lie To You" grew quickly to become the signature song from "Disconnect", acheiving massive club play and becoming the album's signature track. Three singles from the album followed, "Lose In Wanting", "Saving Time", and "Danger is the Shame", as well as a european-only release of the "Annie" single.

After the release of "Disconnect", the future of Iris was uncertain, and the band withdrew from the public stage - resting on the success of "Disconnect". 2001 saw them playing the Transcommunion festival, with bands like Apoptygma Berzerk, Negative Format, and The Echoing Green, as well as some successful shows in New York and San Francisco.

In 2002, Reagan was in the studio working on some tracks in Dallas when Matt introduced him to Andrew Sega (The Alpha Conspiracy) as a potential musical partner. The two immediately hit it off, and work began on the next record. Andrew brought some organic, IDM-influenced sounds to the band, as well as having some classical and arrangement training. Near the end of the year, the tracks for the new record, "Awakening", were taking form. The sound was definitely evolving: powerful songs, inventive electronics, and an increasing tendency to take risks were shaping the Iris sound. The first single, "Unknown" was released in the fall, and became yet another glitch-pop anthem in the band's catalog.

In the summer, "Awakening" was signed to Infacted Recordings for a proper European release. Rave reviews followed from promiment magazines such as Outburn, Orkus, Side-Line, Zillo, and others. This led to a coveted slot opening for German electro-pop heroes De/Vision on their January 2004 european tour. As we head into 2004, Iris continues to make waves with their innovative, genre-bending sound.
Band Website

2) IRIS is a Romanian hard rock band. It was established in 1977 by Ion Dumitrescu (drums), Nu?u Olteanu (lead solo guitar and vocals) and Emil Lechin?eanu (bass guitar). They achieved a huge success, followed by tours throughout Romania and recordings for radio broadcast.

The democratic regime installed after 1989 offered the group a chance they couldn't have in the communist regime. They started appearing on TV and having tours in Italy. They celebrated their 15th anniversary at an international rock festival in 1991 and 1992 beside Ian Gillan Band, and 25 years in 2001 with Uriah Heep.


3) IRIS is a chilean experimental hip-hop band, that lives in Santiago and your music is under the label NEUROTYKA (www.neurotyka.org)


4) Instrumental band featuring Marillion members Ian Mosley on drums and Pete Trewavas on bass. As Gouvernaire is something of a Steve Rothery clone, you'd expect tons of noodling solos. The band's music was centered itself around Gouvernaire's compositions, with him taking care of keyboards and piano apart from the guitar work. Very good freewheeling playing, where the musicians show their skills in long plays.

5) Iris from Barcelona may be the as yet least established artist on 4 Women No Cry Vol. 2, but that is after all one of the main goals of the album - to bring newcomers into the limelight. Since studying Electronic Art and Digital Design, Iris has always been fascinated by computers. According to Iris, she got into music, composing and singing "by accident, as most important things in life." Although her live debut was only in 2004 she already played at Sonar this year and has previously featured on two compilations: "On the Wave" (Elektronica bcn, 2003) and "Aspitin Damage" (Koroshi Clothing, 2004), so you can be sure she has an interesting career in music ahead of her.

6) Iris, a arrange music group specialized on Touhou and it's music.

7) Iris is also a band from Melbourne, Australia who play predominately melodic pop-rock , and have just released their debut EP. MySpace site

8) Iris was a German progressive sextet who released their one eponymous LP in 1981. Their style mixed hard rock and jazz styles.

9) A portuguese hard rock band from the village called Fuzeta, on Algarve region. They have some arranged versions of some oldies like "House of the rising sun" and "Knockin' on Heavens Door" translated to the way of Algarve speech.

10)IRIS were a band from Derby, UK, featuring Simon Hones on drums, Philip Wagg on vocals and guitars and Wayne Walker on bass. They released a debut album called Madaga in 1995, produced by Matt Holmes and IRIS, recorded and mixed at the Spacedome Studio in Derby. Bruce Hunnisett helped with flute and saxophone.

11) Iris is a metal band with screamo feelings in it, from Szeged (Suncity), Hungary. Their music is characterized by catchy melodics and explosive dynamics with intricate guitar and synth melodies. Consisting of six friends.

12)Iris is a Dutch girl from ?Linschoten'.

She is starting a singing career at ?Streetwise', a project wich gives young talent a step into the entertaiment bussines.

The first album has come out in August, it's named ?My Way'.
Iris made a same-named track on it, and works with other young talents.

13) Iris is a Slovene singer of Indian decent. She was in EMA 2008, with the song "Peti Element" (Five Elements), which nearly won the chance to represent Slovenia in the Eurovision Song Contest 2008. However she was beaten by popular Slovene singer Rebeka Dremelj.

15) Iris was more/or less a song-writing, side-project of Gabe Simon (Guitar, Bass, and Vocals) and Austin Hafer (Drums and Vocals) of Greenville, SC. Having played together in a couple of post-hardcore bands, the duo came together to write something new in effort of refreshing the Upstate, SC music scene. After almost a year of recording in a suburban Atlanta studio, they released their one and only LP: "The Miracle of Flight". Soon after the release, the two members disbanded to move on to college. Both are currently involved with successful bands. Gabe fronts for Nashville's popular "Kopecky Family Band", while Austin plays drums with South Carolina's own "Andy Lehman and the Night Moves".

19) Published "Comfort and Destroy" on PeopleSound. No more information seems to be available.